Who’d be a referee, eh? Spare a thought for poor old Cagatay Sahan and his assistants, who were reportedly locked in their changing room for four hours after the ref failed to award Trabzonspor a late penalty in their 2-2 Turkish Super Lig draw with Gaziantepspor. 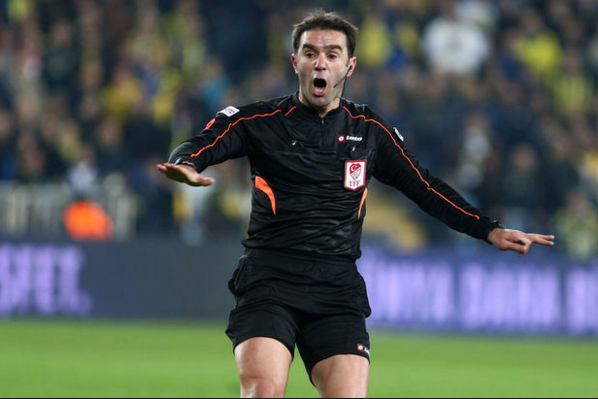 The order to temporarily imprison the officials was given by  Trabzonspor president Ibrahim Haciosmanoglu, who was fuming after Sahan had made a number of apparently question decisions in the game at the Hüseyin Avni Aker Stadium 0n Wednesday, culminating in a late penalty shout for the home side being ignored by the man in the middle.

According to Haciosmanoglu, he only decided to free the officials (at 3:30am) after an intervention from none other than Turkish President Erdogan. Unsurprisingly, the incident is now being investigated by the Turkish football authorities.