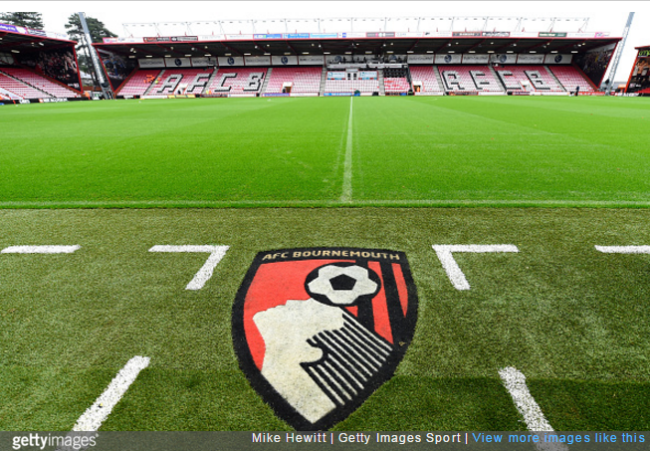 Saddled with a spare match ticket after his father pulled out at the last minute, Bournemouth fan Matt Bradley decided to take the opportunity to do a good deed.

Left in the the lurch shortly before The Cherries’ Premier League tie against Newcastle last weekend, Matt chose to donate his spare ticket to a 86-year-old homeless man who was stood next to the ticket kiosk.

As it transpires, the homeless chap, Gordon, is something of a ‘face’ in and around Dean Court.

Matt, who hails from Dorset, recounted his afternoon to the Daily Mirror:

My dad got a stomach bug the night before the game and said at 10am he couldn’t go.

With the John Lewis Christmas advert about helping the elderly I thought I would offer it for free to any OAP because it is an OAP ticket.

Lots of people said they would love to go but none were pensioners so I decided to just chance it and go to the ground.

There were some people queuing up trying to get any tickets that had been returned and I spotted Gordon in the queue.

He’s a bit of a local legend and I’ve seen him at games before but I’d never really spoken to him.

“I just said ‘are you looking for a ticket?’ He said yes and I said ‘right you’re coming in with me’.

It certainly looks like the pair had a rare old time, if Matt’s pre-game selfie is anything to go by…

Matt went on to explain that he and his special guest thoroughly enjoyed the game, despite Newcastle snatching themselves a 1-0 win:

He was shocked but delighted. We sang some chants, chatted about football and I bought him a cup of tea at half time.

I think he knows everyone at the club. Every steward was ‘alright Gordon? How’s it going Gordon?’. He’s very well known and a popular man at the club.

I think he enjoyed a bit of company and having a laugh as anyone would do. He seemed pretty chuffed.