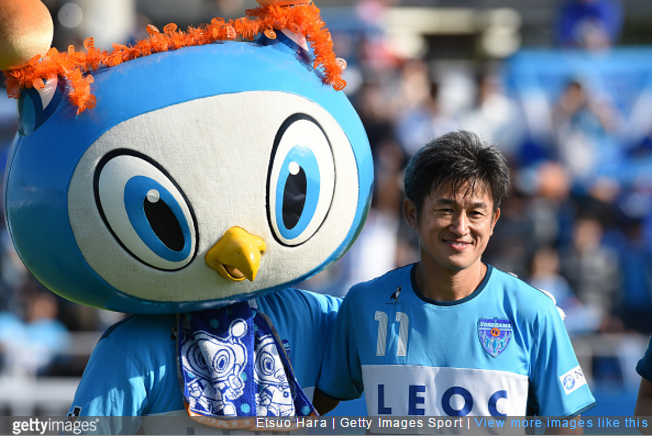 Good news for fans of antiquated footballers today with the news that Kazuyoshi Miura, thought to be the oldest active professional player in world football, has signed a new one-year deal with Yokohama FC that will see him play on past his 49th birthday.

Miura, known affectionately as ‘King Kuza’ in his native land, made his professional debut way, way back in 1986 and quickly became Japan’s first footballing superstar as he played his way around the globe and back. There’s more on his early years here.

Since signing a similar re-up deal with Yokohama last December, King Kazu has broken his own record as Japanese football’s oldest goalscorer with a (middle) age-defying leaping header against Jubilo Iwata.

Anyway, today the 48-year-old former international striker has further extended one of the modern game’s longest careers by signing up for another year.

Indeed, Yokohama announced the momentous news at 11:11am local time, on the 11th November – a tribute to the King’s iconic shirt number.

“I’m thankful to the club staff and supporters who always offer me support,” Miura stated.

“I’ll continue to give everything I have and strive.”

Huzzah for the King. Long may he reign.