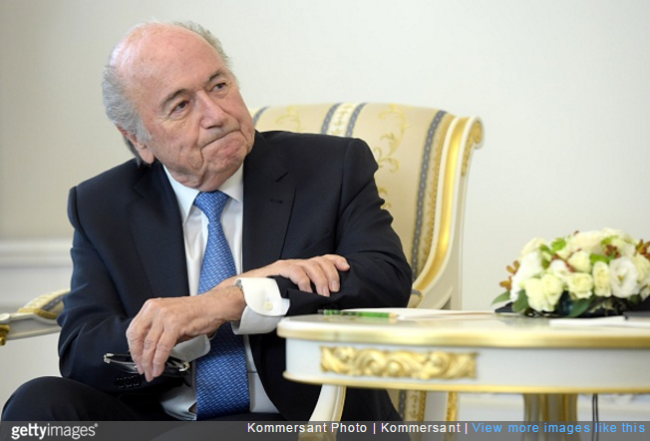 Sepp Blatter has admitted that he was “close to dying” after being admitted to hospital following a health scare earlier in the month.

Shortly after being suspended from his position as FIFA president and having Swiss prosecutors open a criminal case against him, Blatter was admitted to hospital in Zurich after suffering what was described at the time as a “small emotional breakdown”. He reportedly fainted while visiting his parents’ grave.

It would appear that it was all a little more serious than that, with Blatter admitting to Swiss broadcasters RTS than he strayed closer to the edge of the mortal realm than he would’ve liked:

The pressure was enormous. At some stage the body just says, ‘No, enough is enough’. But if you are strong psychologically, you can resist.

Amid all the litigation, the corruption and the barracking, it’s perhaps a little too easy to forget that Blatter is an elderly, 79-year-old man who is being put through the ringer.

Here’s wishing him good health, if nothing else.