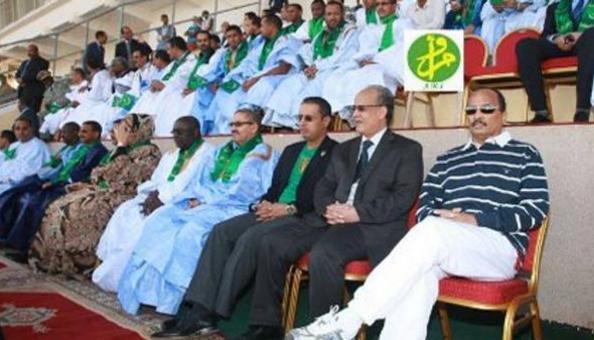 The recent Mauritanian Super Cup clash between FC Tevragh-Zeina and ACS Ksar was brought to a premature halt after the president of the North African republic declared that it was too damn dull to continue.

With the game level at 1-1 and the tempo dwindling, President Mohamed Ould Abdel Aziz brought an abrupt halt to proceedings in the 63rd minute after reportedly losing interest in the scoreline.

According to Gazzetta World, rather than hanging on for the rest of the second half (and a potential period of extra time), President Abdel Aziz instead ordered that both teams simply settle the match by skipping straight to penalties.

Upon being given the instructions, the referee brought the match to an abrupt halt, much to the bemusement of the players and fans, before immediately sending the game to be decided on spot kicks.

The bizarre decision has sparked outrage throughout the country with thousands calling for an explanation, however, the league’s footballing federation has denied any claims of Abdel Aziz’s involvement, after an initial period of silence.

It was then left to the president of the Mauritanian Football Federation, Ahmed Ould Abderrahmane, to deny any and all accusations via an official statement:

I deny in the strongest terms the intervention of the President of the Republic.

The decision was made due ​​to organisational issues in accordance with the presidents and the coaches of the two teams.

For the record, Tevragh-Zeina went on to lift the trophy after winning the fast-tracked penalty shout-out.