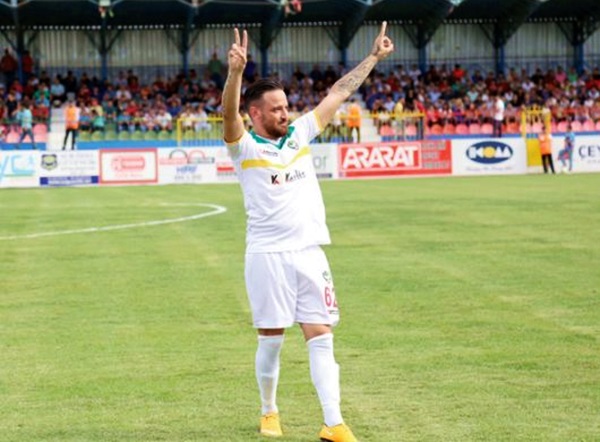 To say Tuesday afternoon’s Turkish Cup quarter-final between Fenerbahce and Amedspor was poised on a knife-edge going into the game is an understatement of epic proportions.

Amedspor are a third-tier side who hail from the predominately Kurdish region of Diyarbakir in the south-easterly reaches of Turkey which is currently being ravaged by conflict between government security forces and Kurdish militants after a ceasefire collapsed back in July.

Sadly, the volatile political issues have now spilled over into sport, with the Turkish Football Federation (TFF) fining Amedspor and banning one of their players for 12 matches for posting “ideological propaganda” on Facebook.

The player in question is Deniz Naki (pictured above) who fell foul of the TFF by dedicating Amedspor’s last-16 victory over Bursaspor to the thousands of victims of the continuing violence in and around the city of Diyarbakir, which is itself now operating under a strict curfew.

The 26-year-old midfielder posted the following message after the game:

We dedicate this victory as a gift to those who have lost their lives and those wounded in the repression in our land which has lasted for more than 50 days.

We as Amedspor have not bowed our heads and will not do so. We went on to the pitch with our belief in freedom and won.

As a result, Naki was banned for a dozen matches and Amedspor were hit with a fine for almost £5,000. The club were also ordered to play their quarter-final against Fener in an empty stadium as punishment for “ugly and bad” chants sung by their fans.

The TFF ruling was made last Thursday. Five days later the cup tie rolled around. These were the bizarre scenes inside the stadium… 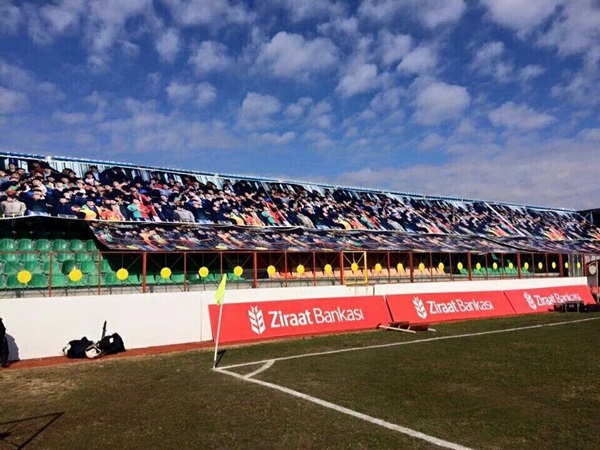 Both sets of players also unfurled a banner on the pitch before kick-off that read “Children Should Not Die, They Are Meant To Play”.

While being banned from entering the premises, hundreds of Kurdish Amedspor supporters gathered outside the stadium to air their disapproval over the handling of the whole ordeal.

According to local reports, they were swiftly met with water cannons and low-flying fighter jets as police attempted to disperse them.

The game ended in a 3-3 draw meaning that a replay will now take place in Instanbul in a fortnight or so’s time.

Something tells us it ain’t going to be pretty.

(Many thanks to Pies fan Miguel Martinez for the tip-off)