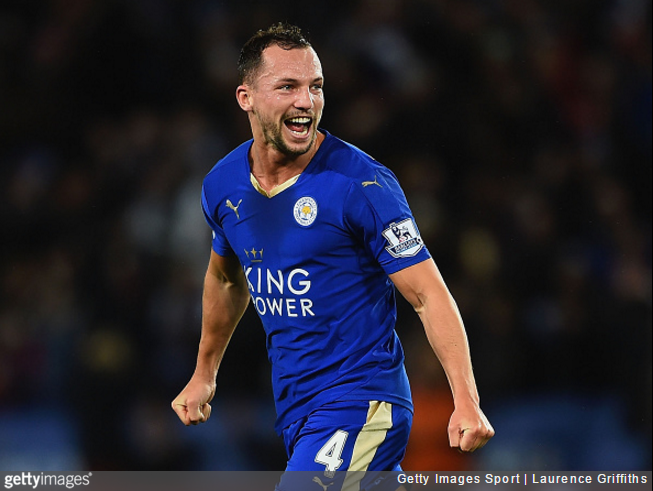 Congratulations are most definitely due to Leicester City midfielder Danny Drinkwater, who has received his first ever call-up to the England squad for the upcoming Euro 2016 warm-up friendlies against Germany and the Netherlands.

Drinkwater, 26, has put in a hell of a shift in the middle for the Foxes this season, grafting away tirelessly while the likes of Jamie Vardy and Riyad Mahrez continue to gild the lily upfront.

Whether or not it’ll translate to international football remains to be seen, but Scott Parker did alright for himself plowing a similar furrow.

No Wayne Rooney due to injury and no place for Kieran Gibbs and/or Leighton Baines at left-back either. Looks like Michael Carrick might be unofficially done in an England shirt too. Also, no nod for Mark Noble. Many West Ham fans might have something to say about that!

Anyway, Hodgson’s team travel to Berlin to face the reigning Weltmeisters on Saturday 26th March before welcoming the Dutch to Wembley the following Tuesday evening.