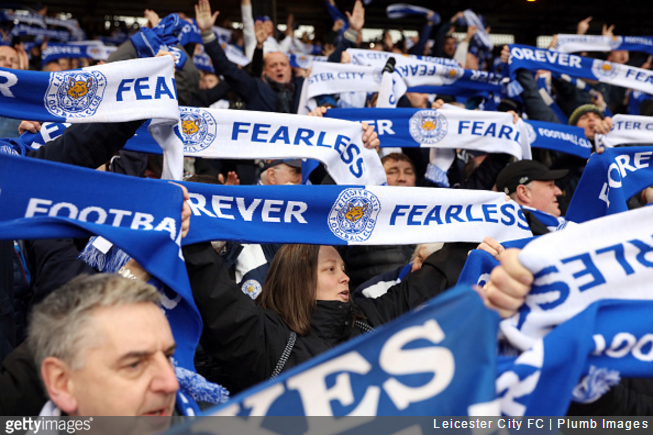 Twelve months ago he was told he only had a matter of weeks left by doctors, but one Leicester City fan is claiming that the ongoing Premier League heroics of his beloved side might just be what is keeping him alive.

A native of Adelaide, Australia, Tony Skeffington was originally told he had four weeks to live when he was diagnosed with appendiceal cancer last March.

However, the 51-year-old has subsequently survived to defy all expectations for the past year or so, much like his high-flying football team.

Watching Leicester come back from their relegation fight last season and seeing how well they’re doing this season is helping me fight this.

When I was given four weeks to live last year they picked themselves up – and I picked myself up.

Having something positive to concentrate on makes you feel good. I’m still confident I will see the season out.

If we win it and I’m still alive, call me and we’ll have a chat.

Not only that, but Tony is also a member of the seemingly inexhaustible stream of Leicester fans who have cashed out early after having a speculaltory flutter on their team winning the title before the start of the season.

It’s a hell of a lot of money, but it’s only that amount because Donna pressed the wrong button – it was meant to be a $2 dollar bet (she actually put $20 on by mistake).

But I am remaining as positive as I can and I am hoping to stay around long enough to see Leicester win the title.

I am more concerned about the team winning than the money.

My situation is grim now. If the latest chemo they are going to try doesn’t work, I may only have a matter of weeks.

If there’s any justice in this world, Tony’s going to live to see Wes Morgan – yes, Wes Morgan – hold that trophy aloft at the end of the season.

We’re rooting for you mate.