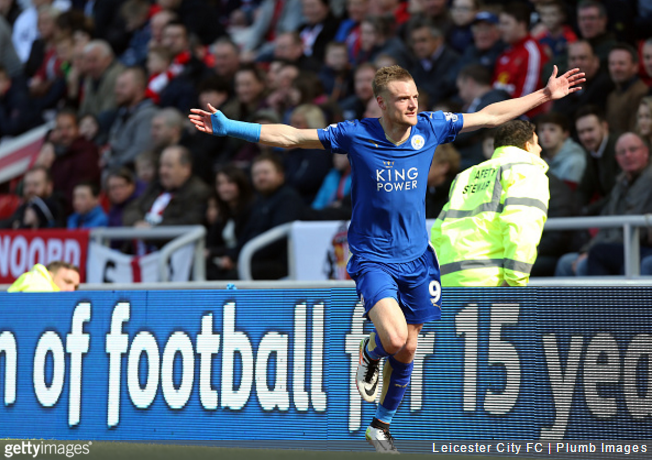 Leicester City top-scorer Jamie Vardy has revealed that the secret to his impressive 21-goal Premier League haul this season has been putting in next-to-no-extra shooting practice on the training pitch.

In fact, Vardy has been banned from taking part in shooting drills by manager Claudio Ranieri for fear that it might knacker the striker’s legs out.

I don’t really get the chance to practice that much on my finishing because we have our shooting drills early in the week when the gaffer’s wanting me to rest my legs.

So normally, when there’s a bit of shooting, the gaffer tells me to go inside.

I’ll keep doing that if it means I’m saving my legs – and goals – for games.

We just love everything we hear about Ranieri’s refreshingly lo-fi approach to managing this Leicester team.

It’s proved to be the perfect blend of Anglo-Italian methodology. Basic 4-4-2, lump it into the channels, defend like troopers, win the title, celebrate with congratulatory pizza.