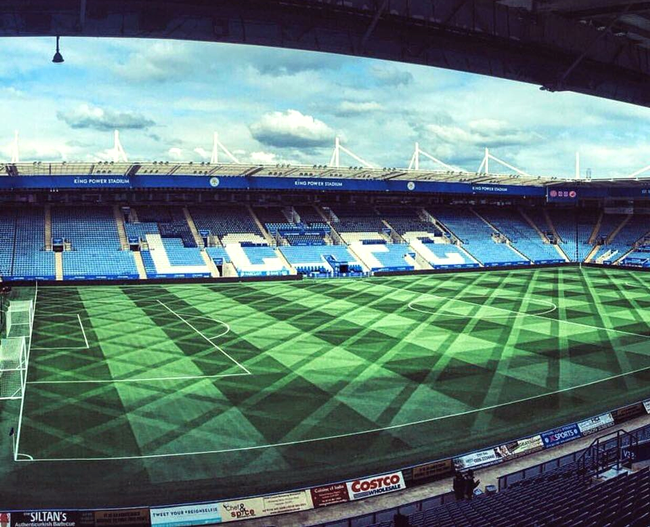 While folks are queuing up to (quite rightly) lavish praise on the Leicester City players as their maiden Premier League title edges ever nearer, it’s perhaps unfortunate that the club’s grounds staff have not received their fair share of the dues for their equally scintillating performance so far this season.

Leicester’s pitch has been immaculate all season, but ahead of the Foxes’ game against Swansea on Sunday, the turf at the King Power Stadium was on another level entirely. In fact, it looked more like an M.C. Escher drawing than it did a football pitch.

We can only imagine the kind of laser-accurate planning and execution that went into mowing that sucker.

T’is like gazing at the very face of God himself. Glorious.

Without wishing to over-egg this, it’s almost definitely professional football’s greatest ever miscarriage of justice that Aston Villa walked away with the Premier League Grounds Team of the Year award this season.

It’s a travesty. A travesty we tells ye!