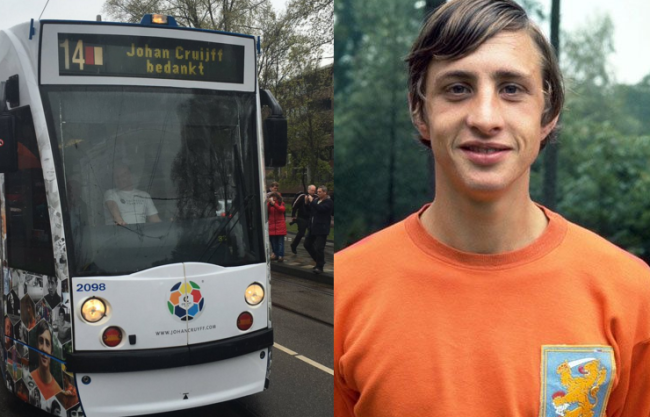 On the day that he would have turned 69, an Amsterdam transport company paid tribute to the late, great Johan Cruyff in the only way they knew how – by announcing a new tram route around the Dutch capital.

GVB unveiled the addition to their network of the new ‘Johan Cruijff No.14 tram’ that will run in the area of the city in which the Dutch legend was born and carry his famous shirt number.

According to AD, the idea was suggested by one of the tram drivers at GVB and the company decided to press ahead.

Roll along, roll on.