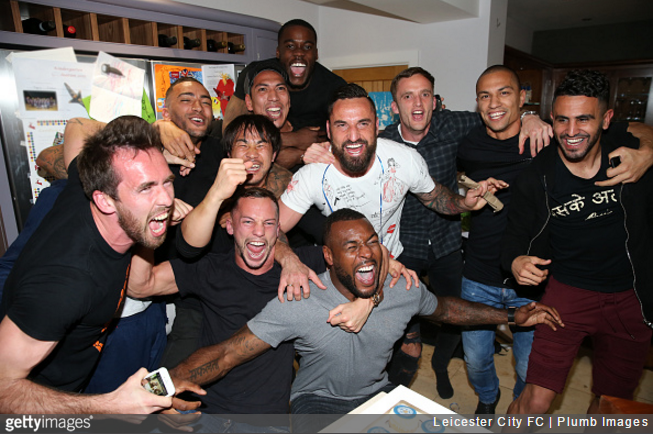 It’s barely even begun to sink in, the magnitude, but congratulations of the highest order are most definitely due to Leicester City, who last night became the 24th team to win the English top flight – the first title in their history and the first new club to win one for 38 years.

It’s been quite a ride. Records have toppled, giants have been slain, dilly-dings have been dilly-donged. It’s all just so refreshing, so lo-tech, so different. The Foxes have done it the old-fashioned way: with blood, guts, determination, impenetrable team spirit and, on more than one occasion, some truly inspirational football. It’s been a caper of the highest order.

Some of the numbers being bandied around today are frankly staggering. For instance, Sporting Intelligence have calculated that Manchester United have spent more on players under Louis van Gaal than Leicester have in their entire 132-year existence. Just try to get your head around that one.

Special congrats are definitely due to Leicester lifer Andy King, who last night became the first player to win the League One, Championship and Premier League title with the same club. Not a bad thing to have on your professional CV.

Then there’s Kasper Schmeichel who, along with dad Peter, are now the first biological father-son duo to win the Premier League. The joyful little snippets just keep coming.

We could go on, and on, and on. Thank-you Leicester, if only for finally agitating the stagnant quagmire at the top of the shop. It’s been a joy – there’s that word again – to watch the big boys splutter in your wake all season.

We, as neutrals, owe you a sincere debt of gratitude.