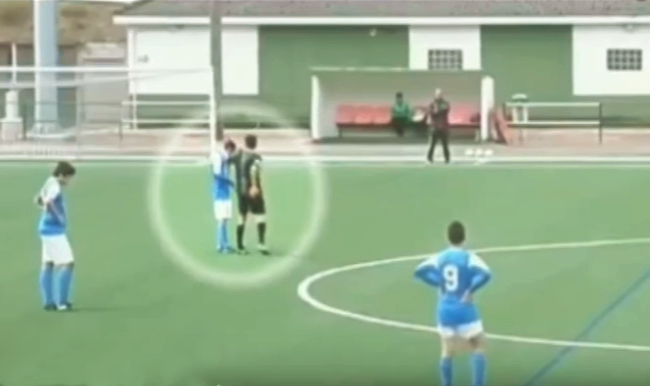 In football as in life, it’s never nice to find yourself on the wrong end of a cruel and merciless battering.

Sadly, that is exactly the fate that befell Urraca B in the Spanish lower leagues recently, who were rendered powerless as their opponents Lenense Proinastur absolutely ran riot.

Indeed, it all got too much for one Urraca forward, who broke down and wept shortly after Lenense scored to go 10-0 up.

Thankfully, the referee made sure to console the sobbing midfielder as best he could be allowing the relentless trouncing to continue…

Strangely enough, after the official’s intervention things began to look up for Urraca, who managed to net a consolation goal before Lenense rounding things off by ramming home their eleventh goal of the afternoon.