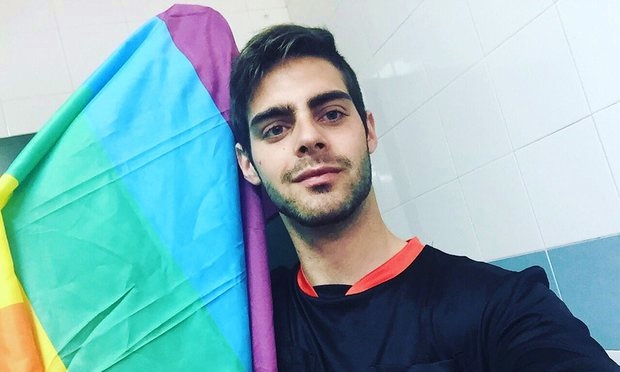 Spain’s first openly gay referee says he’s been forced to walk away from football as he simply “cannot take anymore” of the nigh-on constant abuse he was receiving from, well, pretty much everybody.

Having begun his refereeing career at the age of 11, Jesus Tomillero had been officiating in the Andalucian regional leagues but made the decision to quit last weekend after being subjected to homophobic haranguing for giving a penalty during the game between Portuense and San Fernando Isleno.

Tomillero came out publicly last year when he filed a formal complaint against a kit man, who verbally abused him during an Under-19s league match. As well as a lengthy ban for the gobshite kit man, the complaint resulted in Tomillero garnering a fair bit of national news coverage.

Now, after 14 months of repeated and relentless heckling, an incident during the aforementioned Portuense-San Fernando game on Saturday caused him to turn his back on officiating entirely.

Sid Lowe has the depressing details in his Guardian piece:

Soon after Tomillero gave a penalty, he says someone from among the visiting supporters shouted: “That’s that poof who was on the telly,” adding, “you can stick the goal up your arse, you fucking poof”.

The referee said the worst thing was that “everyone in the crowd laughed”. He communicated his decision to quit football to the Andalucian football federation soon after.

For what it’s worth, Tomillero has revealed that general support has been forthcoming ever since he came out last March, though the Andalucian football federation have remained conspicuously silent on the matter.

He has since filed another formal complaint about the detestable abuse he received at the weekend, with the match delegate agreeing to testify on his behalf. Even so, Tomillero has vowed that he won’t be reversing his decision to pack it in and walk away.

What a shame. And people wonder why we still don’t have any openly gay high-profile footballers to speak of.