On the day N’Golo Kanté was named Leicester City’s Player of the Season, the combative midfielder has also been rewarded for a magnificent title-winning campaign in England with a place in France’s squad for Euro 2016.

Despite a resurgent season with Nice in Ligue 1, Hatem Ben Arfa misses out, along with Liverpool’s Mamadou Sakho, who is currently serving a FIFA ban for the use of a ‘fat burner’ drug.

Real Madrid striker Karim Benzema, who is currently under investigation for allegedly blackmailing France team-mate Mathieu Valbuena over a sex-tape, was already made aware of his exclusion from the Euro squad while Valbuena himself, after a disappointing campaign with Lyon, also misses out.

Here’s the squad in full, and what a strong-looking 23 it is… 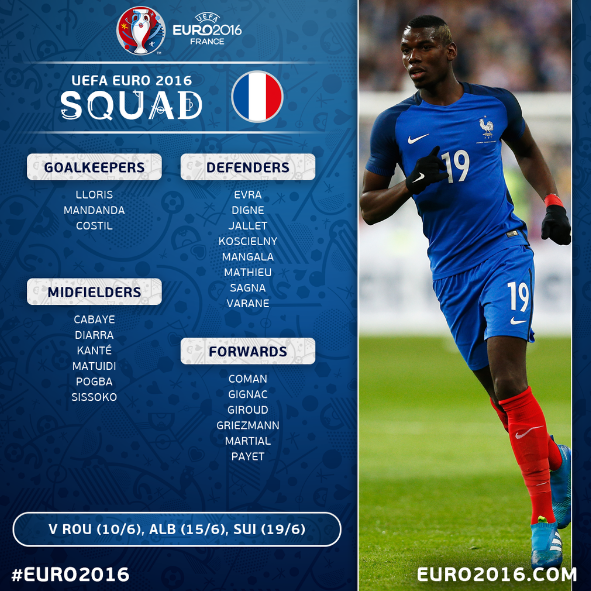 Surely Les Bleus have a very very strong chance of lifting the title in the summer?