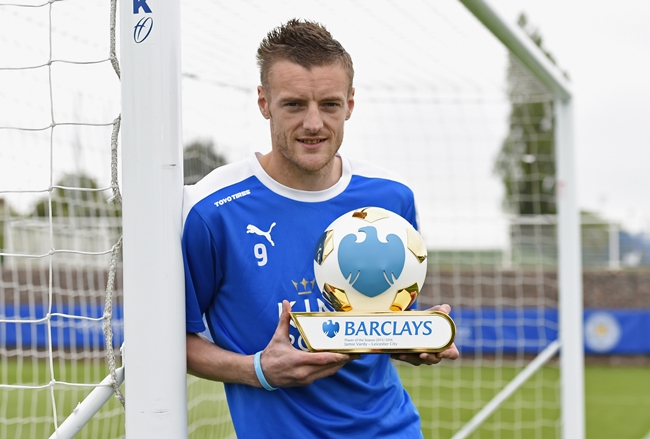 The awards just keep on coming for Leicester City, with Jamie Vardy now able to add the 2015/16 Barclays Player of the Season trophy to his groaning mantelpiece.

Having scored 24 Premier League goals this season, Vardy has already been crowned FWA Footballer of the Year, thus becoming the first player to take a clean sweep of both awards since Eden Hazard did it last year.

In case you happen to be on tenterhooks about it, the LMA Manager of the Season will be announced on Monday.

In other news, there really are too many individual awards these days. Bloody bewildering.