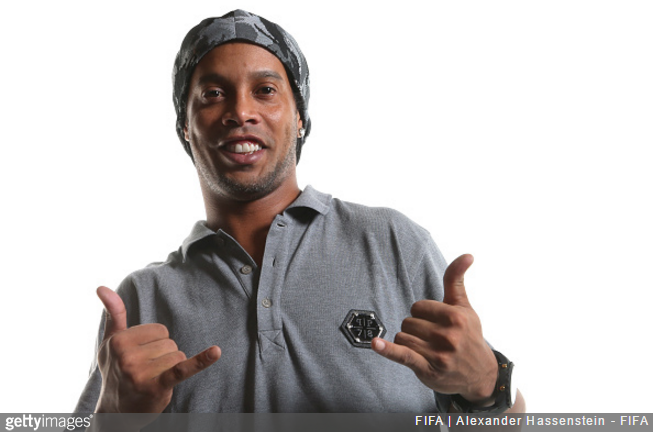 Glory be! Yer man Ronaldinho has only gone and landed himself a starring role in a new blockbuster(ish) movie.

Following Carlo Ancelotti’s lead by leaping headlong into the world of cinema, Ronaldinho has signed up to feature alongside Jean-Claude Van Damme in the latest entrant to the ‘Kickboxer’ canon.

According to the Hollywood Reporter, the 36-year-old will play ‘Ronaldo’ – a Brazilian martial arts expert tasked with refining Van Damme’s lethal roundhouse kick – in ‘Kickboxer: Retaliation’, which is scheduled to be released next year.

Strangely, it would appear that Ronaldinho hasn’t been hired solely for his acting chops, with producer Rob Hickman telling the Reporter:

As producers, much like advertisers and brands, we must look at a potential star’s total value.

In addition to his charisma, Ronaldinho also brings with him 66 million social media followers from all parts of the globe.

Those numbers are an element that a lot of traditional movie stars can’t offer and when we market the film, is something that will be invaluable.

We can hardly wait. More of this type of thing please…