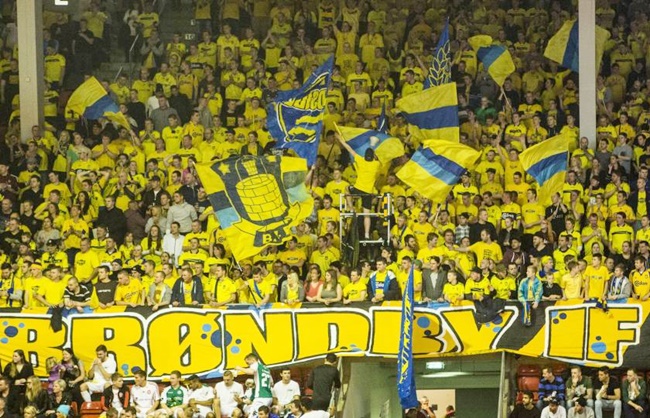 A Brondby fan who had the misfortune of being thwacked in the face by a wayward shot has seen the accident result in a potentially life-saving tumour diagnosis.

In what really is an extraordinary story, David Nielsen was hit in the head by a stray shot from striker Kamil Wilczek that flew into the crowd while Brondby were warming-up before a recent game against Copenhagen back in August.

Nielsen was immediately attended to by Brondby’s medical staff, who sent him to hospital for precautionary concussion scans.

However, the X-rays ended up revealing that he had a brain tumour that had gone completely diagnosed and unnoticed.

According to Ekstrabladet, Nielsen subsequently underwent emergency surgery to have the tumour removed and now has a “good chance of making a strong recovery.”

Nielsen himself then confirmed the good news by posting a message on a Brondby supporters’ Facebook page on Facebook, thanking the club’s medical staff and even Wilczek for his unwitting part in the diagnosis.

Hi everybody. My name is David and I’m the person who has been hit with a ball during a warm up before the match against København.

I want to thank the medical personnel, security and all club employees, and also fans who were standing near me and reacted immediately, because that saved my life.

I can’t describe how grateful I’m for their effort. It turned out that I have a brain tumor and this wouldn’t be discovered if Wilczek didn’t hit my head with a ball, so I’m also very grateful for him for what happened.

How utterly extraordinary! Here’s wishing him the very best of luck with his continued rehab.