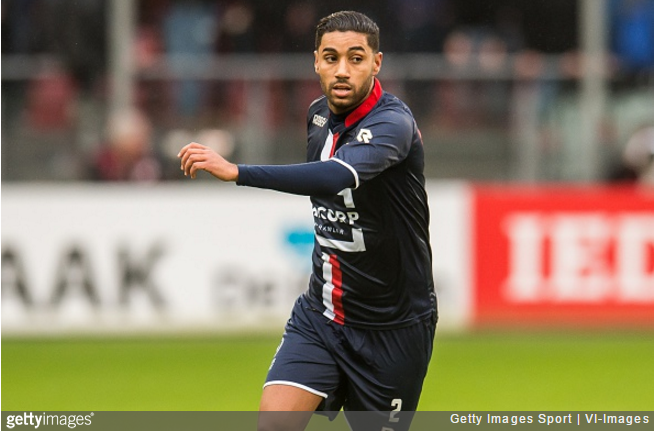 Willem II found themselves on the wrong end of a 5-0 panning courtesy of Ajax in the KNVB Cup last night, but it wasn’t all doom and gloom as midfielder Anouar Kali broke new ground.

The Moroccan became the first ever player to be sent off using  the Dutch FA’s new “video referee” system, which was being implemented for the very first time.

Kali was initially shown a yellow card for a challenge on Lasse Schone but after approximately 10 seconds of deliberation, the card was upgraded to a red after the video ref deemed the Willem man’s tackle to be a tad too ‘stampy’ for his tastes…

The future is upon us, people.

Just to explain a little further, the video ref will be used to double-check potentially controversial decisions such as dubious goals, penalties, red cards and offsides.

The referee on the pitch and the referee with the video screens are in touch via a headset, though the pitch ref can only use the video ref in an advisory capacity (players cannot request an intervention) and the pitch ref’s decision is always final.