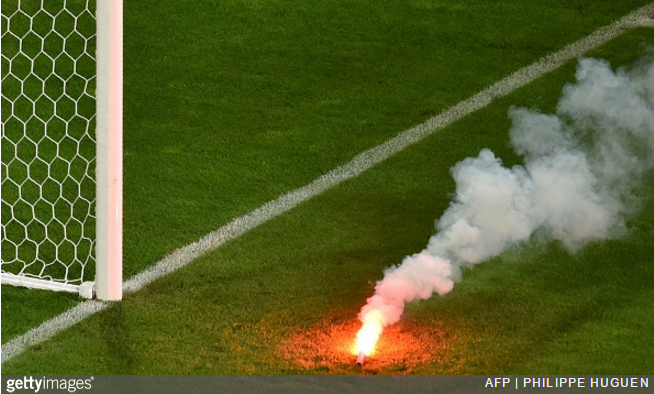 Brondby have announced that they have joined forces with the Danish Football Association (DBU) to help develop a flare that is much safer to use in a stadium environment.

Much like everywhere else, it is illegal to set off flares, smoke grenades and/or firecrackers inside Danish football stadiums, though many fan groups still persist in doing so.

With clubs hit with hefty fines every time fireworks are released during matches, Brondby have decided to take matters into their own hands.

As such, the club, with the backing of the DBU, are working with pyrotechnic expert Tommy Cordsen to produce a flare that burns at a much lower temperature than usual, thus making them all but inert and therefore safe to chuck about willy-nilly.

In a statement posted on their official website, Brondby’s security chief Mickel Lauritsen outlined the project:

Our objective has been to identify a product that can fully replace the pyrotechnic products used today.

This work has so far resulted in a product that meets a number of the requirements of the various stakeholders.

We are very proud to help introduce it.

We are very pleased with the preliminary product, and we see it as a natural first step to ensure a fantastic framework for Brondby IF’s matches.

The new fireworks could be used in the stands, and it is available in different colours to match club colours.

The temperature of the product is so low that one can wave a hand through the flame.

The project should be seen as a first step towards solving the problems you have with pyrotechnics today, and the development of even better pyrotechnics in the long term.

According to the article, the “low hazard” flares have been in development for the last 12 months and are now close to being launched, subject to final testing and approval from the DBU. 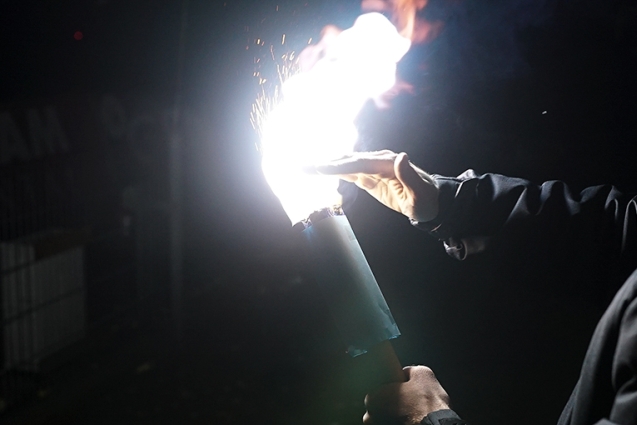 Image via Brondby IF

Fine work gentlemen. Do carry on…