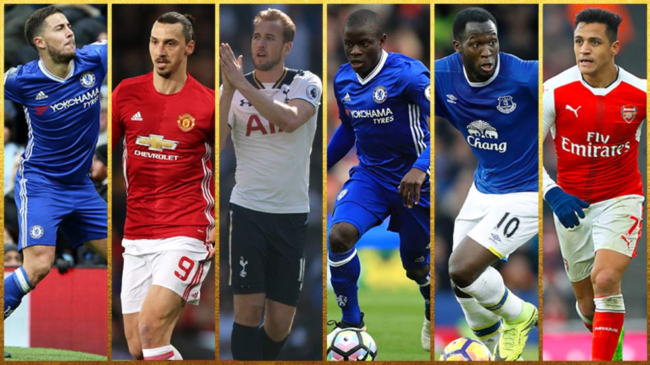 The senior trinket will be doled out to either Eden Hazard, N’Golo Kante, Harry Kane, Alexis Sanchez, Romelu Lukaku or Zlatan Ibrahimovic.

Elsewhere, the PFA’s shortlist for the ‘Young Player’ gong is just as ludicrous as ever, with Kane (23) and Lukaku (23) also in contention for the junior award alongside Michael Keane (24), Leroy Sane (21), Jordan Pickford (23) and Dele Alli (21), who should surely be in the running for the main award too.

The winners, as voted for by PFA members, will be announced on 23rd April.

With the distinction between the two awards becoming ever more blurred, surely it’s time to either introduce a hard and fast age cut-off (21 and under) for the Young Player award or simply roll the two together into one award with an expanded 10-man shortlist?

The PFA Player of the Year Award Shortlists in full…