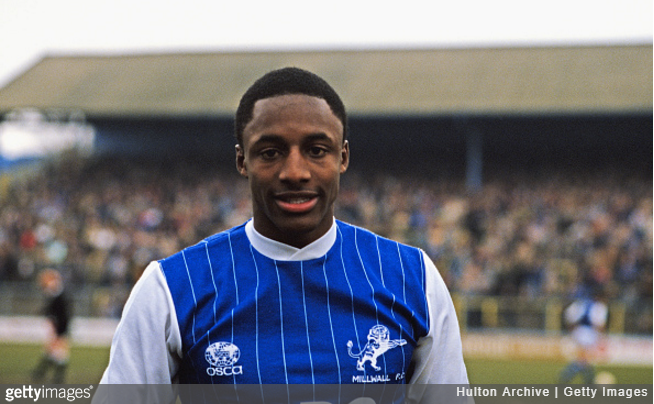 John Fashanu will have spent time in some real dives while coming up the leagues with Millwall and Wimbledon but nothing quite as dicey as a Nigerian prison.

Incidentally, that’s exactly where ‘Fash’ found himself earlier this month after being arrested on suspicion of “criminal conspiracy” in the Nigerian capital of Abuja, with claims he duped a friend in the process.

The former striker, who also had spells with Norwich, Lincoln, Aston Villa and Gladiators, may be facing trial if the authorities get their way.

Fashanu is accused of acting as a fixer in a scam designed to sell plots of land to developers despite the plots in question not actually being for sale.

According to the Mirror, Fashanu spent a 48-hour stint in a “hell hole” – that is to say a holding pen with 200 other inmates – after being arrested in mid-July.

Fashanu, who also used to host Nigeria’s answer to ‘Deal Or No Deal’, was allegedly given £23,000 to buy ‘forgotten land’ on behalf of a friend. The deal was fixed, but the new ‘owner’ of the land in question was then understandably shocked to discover it didn’t belong to him at all when he attempted to claim it.

Nigerian police Deputy Inspector General Hyacinth Dagala was on hand with the details:

John Fashanu was arrested on 17th July in connection with an allegation of criminal conspiracy and obtaining the sum of N9,550,000 [Nigerian Naira] under false pretence.

He was granted administrative bail on 18th July but because of his inability to produce the requisite surety on that day, he remained in detention until 19th July when he was released.

For the record, Fashanu denies any wrongdoing but has still agreed to pay the money back in instalments.

On an entirely unrelated note, Fashanu was pinched but ultimately acquitted in a match-fixing trial in 1997, along with goalkeepers Bruce Grobbelaar and Hans Segers.