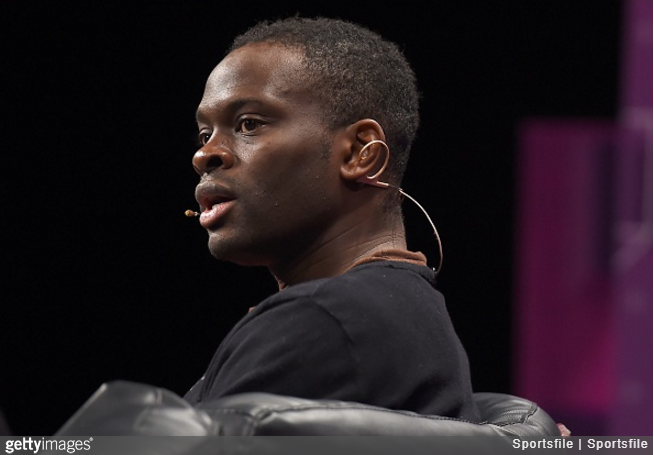 Former Manchester United and Fulham striker Louis Saha is either looking for love or literary debate after he caught the internet’s attention by aiming an unexpected late night tweet at Harry Potter author JK Rowling.

@jk_rowling hi. Can I speak to you please.

Rowling has yet to reply to Louis’s intriguing missive, but we’re sure it’s all entirely innocent.

Since leaving the game, Saha runs Axis Stars which, they rather enigmatically claim, is “an exclusive network designed to disrupt and change professional sports and entertainment”. For the better? It isn’t clear.

Perhaps it’s about time Rowling got on the after dinner circuit with old bruisers like Harry Redknapp and Dave Bassett. Now that would be a sight to see/hear. Tales of Harry Potter getting boozed up to the nines and ransacking a post office with Razor Ruddock.

Or perhaps King Louis just wants a few Potter books signed for himself, or maybe even offer up a story line he’s been working on?

Either way, we’re desperate to see if this most unexpected of electronic communications has another twist in the tale.