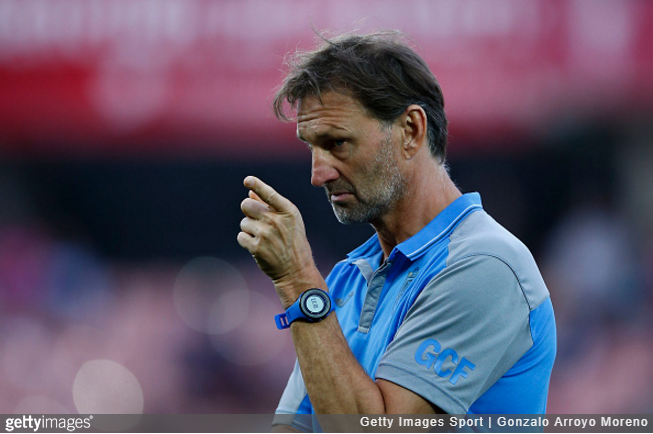 Tony Adams, the man who can’t convincingly run a training session, is reportedly in the process of attempting to buy an entire Premier League football club.

That club is Crystal Palace, with the Daily Star reporting (we know, we know) that Adams is leading a consortium that has “struck an agreement” to buy the club in a £200million takeover.

Adams and former IMG and Chelsea executive Paul Smith have been looking to put together investors to take over a club, having previously held talks with Aston Villa and Sunderland.

Now it looks like they have been successful at the Selhurst Park club.

Adams and Smith have apparently secured the backing of ‘European investors’ to raise the necessary funds, though further details are notable by their absence.

Palace’s chairman Steve Parish currently owns an 18% stake in the club along with American investors Josh Harris and David Blitzer, who also own 18% apiece.

Co-owners Steve Browett, Martin Long and Jeremy Hosking also own smaller shares, having decreased their holdings as part of the deal that saw Harris and Blitzer first come on board in December of 2015.

That’s all we can tell you because that’s all anybody seems to know at the moment. We shall see.

UPDATE: As we faintly suspected, Palace chairman Steve Parish has now confirmed that the Star’s story is complete and utter poppybollocks…

This story is not true, there are no deals in place or discussions to sell the club. https://t.co/aEvT20NTuQ