Kone, who currently plays for FC Zbrojovka Brno in the Czech top tier, has quite literally helped save the lives of not one, not two, not three, but four opponents over the course of his eight-year professional career.

Most recently, the 26-year-old forward hit the headlines when, while playing for Slovacko last season, he reacted quickly to prevent Bohemians goalkeeper Martin Berkovec from choking after he was knocked unconscious by a collision with one of his own teammates. 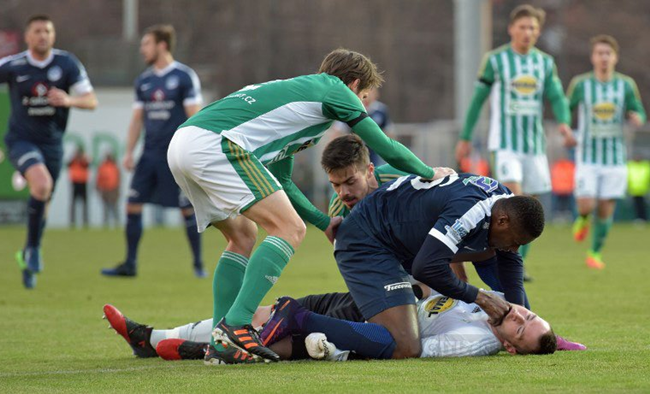 Speaking to local press after the match, Kone revealed that he had no formal first-aid training and was merely acting on impulse and experience:

It wasn’t the first time I have done that. It’s something like the fourth time. Twice in Africa, once in Thailand.

I immediately checked to see if he had swallowed his tongue.

As such, the well-travelled striker has now been bestowed with the 2017 FIFA Fair Play award. which was delivered unto him by Marcel Desailly and Captain Jean-Luc Picard of the USS Enterprise-D.