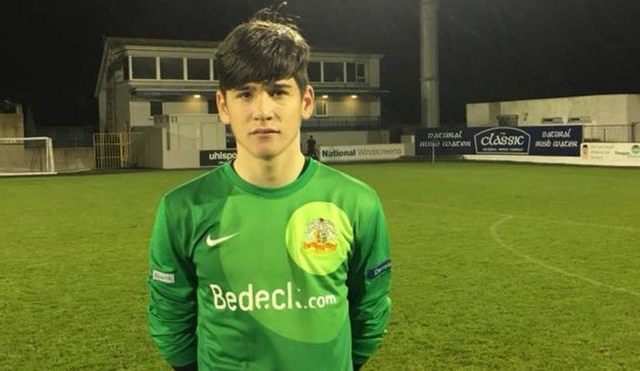 In somewhat depressing news, last night saw Northern Ireland Premiership side Glenavon give a senior debut to a goalkeeper who was born in the year of our Lord, 2003.

Yep, Connor Byrne, who was stationed in goal for Glenavon’s Mid-Ulster Cup win over Portadown, is several months younger than ‘In Da Club’ by 50 Cent.

Indeed, the 14-year-old was one of several members of the club’s Under-16 Academy side who were given a run out in a starting XI that featured an age span of 19 tears; from Byrne through to 33-year-old player/coach Kris Lindsay.

Glenavon went on to register a 2-1 victory over their local rivals, thus securing themselves a place in the final, where they’ll face the winners of the second semi-final, either Newry City or Banbridge Town.

Congratulations to our u16 goalkeeper Conner Byrne on making his senior debut aged just 14 in the first teams 2-1 win tonight away to Portadown. Amazing achievement and testament to his hard work and attitude over a number of years.

The head of Glenavon’s academy, Ryan Prentince, was brimming over with praise for Byrne after the match, telling BBC Northern Ireland:

I think it’s fantastic for Conner as a player to play in the first team and credit should be given to the manager for taking the chance on youth, as it doesn’t always happen at other clubs.

He’s tall, brave and dedicated to training and works very hard with the coaches.

The physical side has to be managed, but the flip-side is that the game is not as physical as it maybe was 20 or 30 years ago, when goalkeepers got clattered.

He’s also marshalled by experienced players who will look after him.