Playing in the Combined Counties League Premier Division, which is the fifth-tier of non-league football in England, Guernsey FC have quite a month ahead of them.

With the weather buggering up a lot of their fixtures this season, the Channel Islanders will be forced to play a total of 17 games in April, which is, er, quite a lot.

And remember these guys are part-time, with jobs to do as well. I couldn’t see many of those megabucks Premier League poseurs surviving that kind of schedule, could you!? 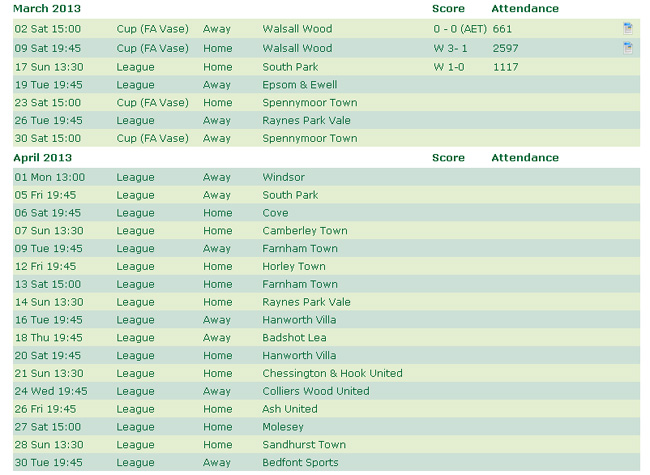