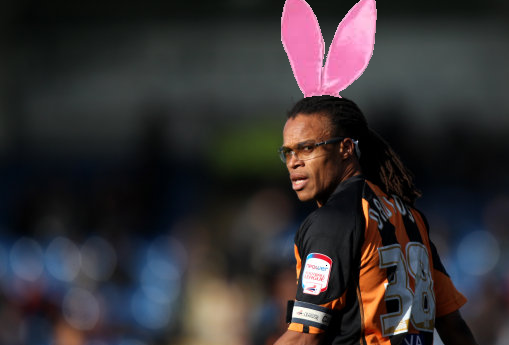 According to the Daily Mail, Barnet player-manager Edgar Davids missed the club’s Conference game away against Gateshead last month because he was in Los Angeles visiting the Playboy Mansion.

Yep, for some reason spending his Saturday night at a party in Hugh Hefner’s grotto appealed more to our Edgar than an eight-hour, 520-mile round bus trip to the Gateshead International Stadium.

Davids, who is apparently not getting paid for his role at Barnet this season after failing to keep them in the Football League last time out, was also missing from the bench for the club’s trip to Halifax earlier this month as, according to owner Tony Kleanthous, the Dutchman doesn’t mind traveling with The Bees, “just not to the North”.

Well, that’s that sorted out then.