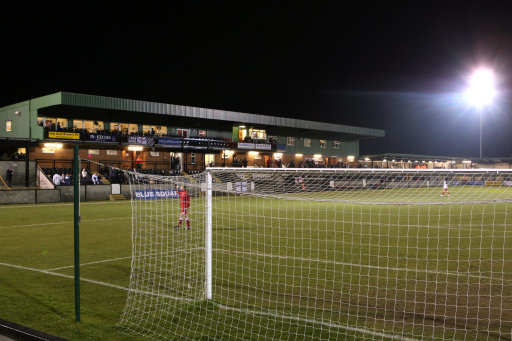 Despite finishing the 2013/14 Football Conference season in a comfortable mid-table position, Salisbury City found themselves demoted to the Conference South in June after missing a league deadline to clear their outstanding debts.

These debts were bought about by their former chairman, Moroccan businessman/alleged fraudster Outail Touzar, who took over in May and promptly refused to invest any significant amount of money in the club before scarpering back from whence he came several months later with around £4,000 of fans’ money in his back pocket.

Touzar has also severed all communications with those he left behind at Salisbury, who are desperately seeking to wrest back legal ownership of the club to preserve their livelihoods.

Salisbury have appealed to the FA to challenge the Conference board’s decision to relegate them, though the FA have since dismissed the appeal on the basis that the people currently running The Whites day-to-day are not actually the club’s legal owners.

Indeed, according to the Western Daily Press, a delegation of Salisbury City employees travelled to Wembley this morning for appeal hearing, only to be turned away by FA executives after being told they had “no right” to attend. The club have also now confirmed they were refused entry to the hearing.

The club have since released an official statement on the matter which, while not quite being the angriest thing ever written (that honour definitely goes to this Quietus review of Coldplay’s new album!), it’s definitely Top 10 material.

It’d be a shame to whittle a work of such triple-distilled venom down, so here it is in full (it’s a long read, but well worth it if you’re into world class FA-bashing):

“Salisbury City are being monumentally stitched up by the FA and Conference which will ultimately lead to the demise of the football club.

“We were due to go before an independent appeals panel at 12pm today to challenge the Conference boards decision to throw us out of the league.

“Yet barely 24 hours before our case was due to be heard the independent chairman objected to our appeal on the grounds we were not the legal owners and therefore had no right to appeal even though we were due to appear in the High Court 24hrs later and claim ownership of the club unchallenged.

“The FA, who had taken the unprecedented step of hearing and appeal from two sets of owners because privately they claimed they feared being sued by a fraudulent Moroccan owner whose only contribution to the club was to walk off with £4,000 of fans money, have now cut off all communication with the club and their legal advisers.

“This whole process is a complete farce. There is nothing independent about this process.

“This is about football closing ranks and conspiring because they feel they are not accountable to anyone else accept themselves.

“The Conference board are a total disgrace governed by individuals with clear agendas against this club.

“Twice they entered into negotiations with us making widespread demands [demand we met] including paying down all debts and putting up a £50,000 bond only to pull the plug on us at the 11th hour.

“Their general manager, Dennis Strudwick, sent a number of emails to former players criticising the club and their failure to pay down debts.

“While board member Colin Peake went out on blog sites and forums commenting on Salisbury.

“This is completely unacceptable and totally unprofessional.

“What these governing bodies have done is prejudice a board of directors whose only interest was to intervene and try and save their beloved football club.

“The Conference and FA can attempt to dress this up how they like but their atrocious, unaccountable actions are a disgrace, they are unfit to govern, they are a total embarrassment to the game they claim to represent.

“It is about time that these people were held accountable for their actions. Who the hell do they think they are?

“Because we are a small club in the great scheme of things do they think they have the right to walk all over us, destroy the club and carry on regardless?

Time for Greg Dyke to get an earful:

“I wonder how Greg Dyke, the FA chairman, who lives in a small village just outside of Salisbury feels about this?

“Perhaps he should be holding his head in his hands in shame that he presides over an organisation that thinks they are above the law.

“Let’s us not forget that while Salisbury were the unfortunate victims of a complete fraudster if the Conference and FA’s pathetic and farcical fit and proper persons test hadn’t been in operation he wouldn’t have been able to take control of the club in the first place.

“What idiots allow an individual to make up a name and only ask him to provide an email address as confirmation he is fit to own a football club? You guessed it the bungling fools at the Conference and FA.

“What they have conspired to do to Salisbury City is disgraceful and against the moral obligation they have to the teams under their charge.”