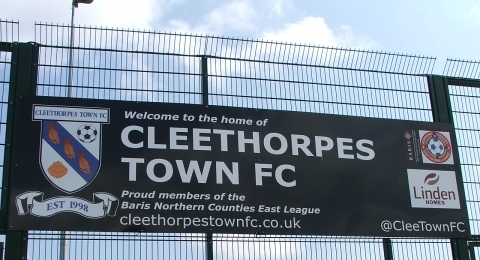 Bit of non-league sob story for you here with the news that Cleethorpes Town have been forced to ask the public for donations after having their goalposts stolen during a targeted attack on their home ground last week.

According to the Grimbsy Telegraph, thieves broke in to The Owls’ Linden Homes Club ground at some point last Wednesday night/Thursday morning and stole the club’s goalposts which had been taken down to be repainted.

Cleethorpes Town board member Dave Mann has since set up a Just Giving page in the hope of raising the £5,000 needed to both replace the posts and repair all the damage previously caused to the dugout and perimeter fencing at the ground caused by a prior attack of vandalism.

Sadly, this is now all that remains of the club’s goalmouth hardware… 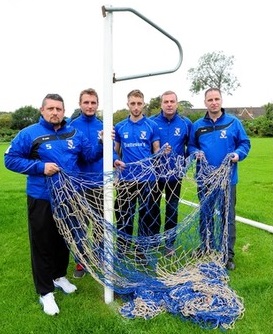 The theft has somewhat taken the shine off Cleethorpes’ (relatively) stellar FA Cup draw, with the Northern Counties East League Premier Division club landing a lucrative tie against North Ferriby United of the Conference North in the second qualifying round of the competition.

“We’re not a flush professional football club, we don’t have the finances for this and it will end up coming out of the pockets of members and parents of players.

“There are junior teams and adult teams who use that pitch that now cannot play and it’s immensely disappointing for everyone.

“For the club it takes the shine off the cup run a little bit. We’re now having to say to players ‘sorry lads, but you can’t play at the moment’, and as a community club that’s difficult.”

For what it’s worth, the good chaps over at talkSPORT have already donated a £100 Wickes gift voucher to Cleethorpes Town that, while can’t be used to put towards their goalpost fund, can be spent on purchasing the materials and paint needed to spruce up their home ground.