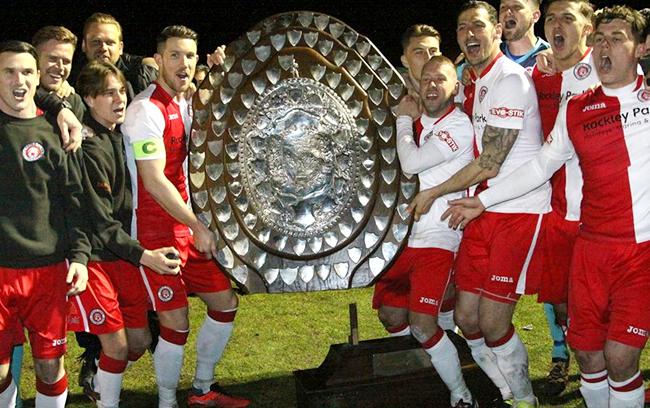 Having secured the Southern League Premier Division title with a win in their previous outing, Poole Town signed off their last home game of the season with a 3-0 win over Bideford on Tuesday night.

The up-shot is that Poole (Charlie Austin’s old side) will be playing in the Vanarama National League South next season, i.e, non-league’s second tier and the highest level of the English pyramid that specifically caters to part-time clubs.

Anyway, the trophy was duly presented after the final whistle of the Bideford win, though we’re surprised any of the Poole lads had the energy reserves to lift the damn thing!

Would you just look at the size of that behemoth…

Hearty congratulations to all involved! Now a celebratory team outing to the local chiropractors is in order.