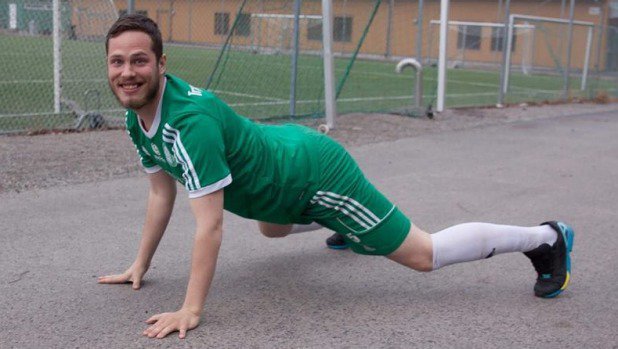 Now there’s a headline you don’t get to write every day! An amateur player from Sweden’s seventh tier received his marching orders during a recent game after the referee lost patience with his incessant flatulence.

Adam Lindin Ljungkvist was playing left-back for Pershagen SK in a game against Järna SK’s reserve team when he felt the first rumblings of a dicky tum-tum.

Unfortunately, it soon developed into a full blown bout of the bum trumpets, which is the precise moment young Adam began to fall foul of the referee.

I had a bad stomach, so I simply let go. Then I received two yellow cards and then red. Yes, I was shocked, it’s the strangest thing I have ever experienced in football.

I asked the referee, ‘What, am I not allowed to break wind a little?’ ‘No,’ he replied … I don’t get it but maybe he thought I farted in my hand and threw the fart at him. But I did not.

The match official in question, Dany Kako, later confirmed that he felt Ljungkvist’s parping was “deliberate provocation” and therefore the punishment was perfectly reasonable.

Good of him to clear the air like that.