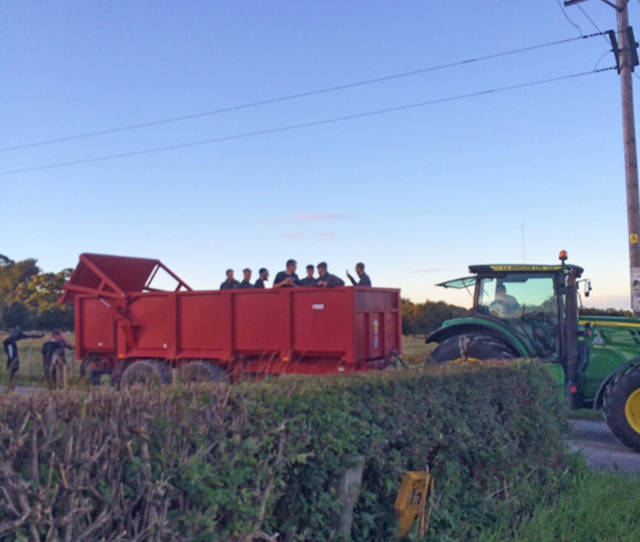 After toiling to a goalless draw with Scarborough Athletic in the Evo-Stick First Division North on Saturday afternoon, the fine folks at Bamber Bridge FC were all set to make the long trip home when their team bus conked out.

Suddenly finding themselves stranded in the Yorkshire countryside some 120 miles from home, Bamber Bridge did what any self-respecting non-league football team would do and flagged down a passing tractor to escort them to the nearest pub.

Here’s how the evening unfolded, as per the Twitter timeline of team associate/fan Alan Bateson…

Oh bugger, the @BamberBridgeFC bus has broken down and we are stranded in the wilds of Yorkshire. Looks like a late night tonight !!

Coach broken down?, no taxis for miles ? No problem, flag down a tractor and get to the pub ! pic.twitter.com/Me3fvhS67j

Back on the replacement coach back to @BamberBridgeFC from @safc. How do u top an away day like that ? #upthebrig

Long day yesterday @BamberBridgeFC away at @safc 10:30 start, passed midnight getting back. But without doubt the best away trip ever ⚽️👌

Amazing. And they say football is losing its soul.