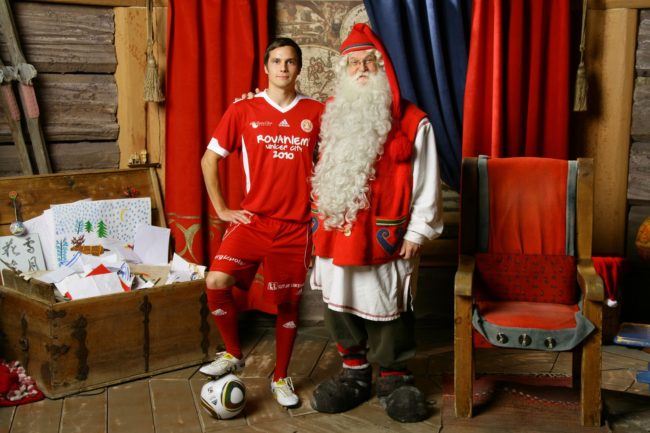 If you thought your football team endured a rubbish weekend then go ahead and spare a thought for everybody’s favourite Lapland-based, Christmas-themed club, FC Santa Claus.

Facing a tough away encounter against AC Kajaani in the Kakkonen (the third-tier of the Finnish league system), Santa Claus prepared in the worst way possible – losing several players to injury and turning up with a matchday entourage of just 11 men.

As such, they were forced to play with no substitutes and three goalkeepers on the pitch, two of whom played outfield.

Honestly, it went about as well as you’d expect…

Santa has arrived at their away game with 11 players, so have no substitutes and two keepers playing outfield. Magnificent.

FC Santa Claus have fielded three goalkeepers in their starting XI at AC Kajaani – and are losing 4-0 after 21 minutes. Genius #kakkonen

Ouch. Football can be cruel sometimes.

Still, we’re backing Santa to turn it round come December.