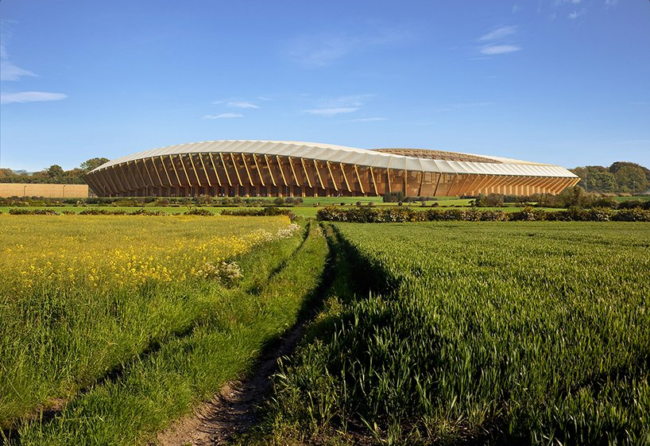 National League side Forest Green Rovers have enlisted the services of Zaha Hadid architects to build them a snazzy new, all-seater stadium in the Gloucestershire countryside.

The new stadium, located just outside Stroud, will form the centrepiece of a new £100million “eco park” centred around sport and eco-friendly businesses.

The site will also provide space for the continued expansion of energy company Ecotricity, whose founder, Dale Vince, is also the chairman of Forest Green Rovers.

The proposal also includes the development of a nature reserve and a potential public transport hub.

As such, smoking will most definitely be banned. 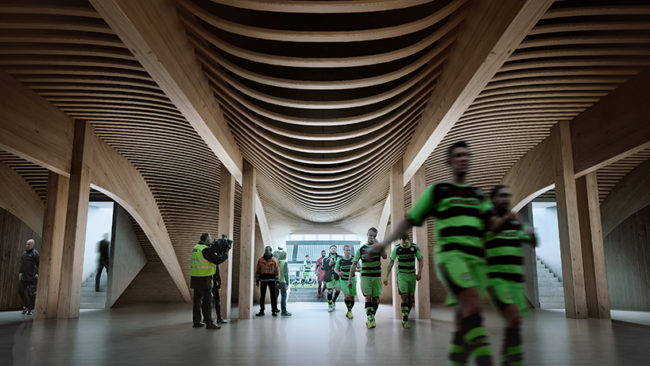 The new stadium will initially be built to seat 5,000 fans in comfort, though the design will incorporate a means to quickly increase that capacity (potentially up to 10,000) should Forest Green’s future success dictate it.

Looks fantastic no? This is the future we’re seeing here folk.