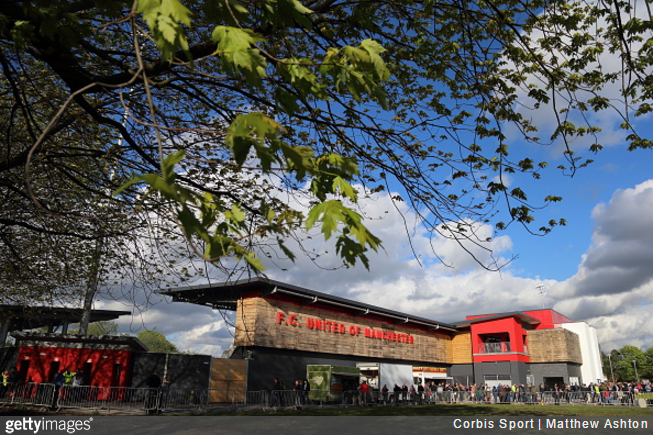 In the general festive spirit of goodwill to all mankind, non-league side FC United of Manchester have announced that they’re opening their stadium to the homeless on Christmas Day.

The National League North club are hoping to “to help provide some Christmas comforts to the homeless in Manchester” by providing hot showers, food, and a range of activities, with 30 people having volunteered their time to keep the open day ticking over.

Toiletries and towels will be provided to allow everyone the opportunity to have a hot shower, and we’ll also be cooking up a hearty breakfast in the function room which overlooks the pitch.

There will also be a range of activities available including Table Football, Table Tennis, Pool, XBOX, PS4 and Arts to add a bit of Christmas cheer to those attending.

The idea derived from a conversation with Lifeshare who are our partners for annual Big Coat Day collection, where FC United supporters and wider public donate warm clothing for the homeless.

Lifeshare open their offices on Christmas Day but they have limited facilities for the homeless to take a shower.

I immediately thought that we should use our facility, as not only have we changing and shower facilities here at Broadhurst Park, we also have a large function room, kitchen facilities and access to a range of activities.

I liaised with Lisa Roddy at Rough Sleepers Initiatives to get the message around the city and already the response has been very positive.