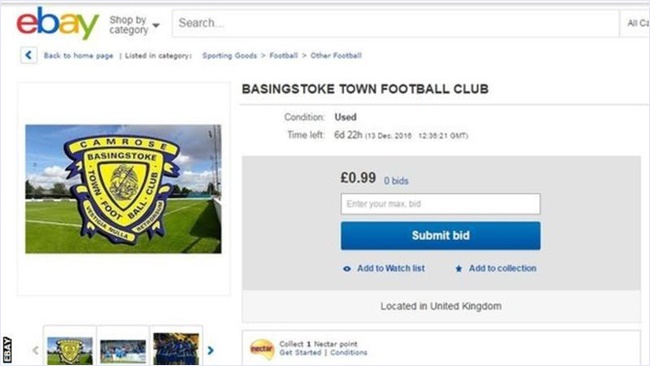 Take heed, dear Pies fans, for it would appear that we’ve all been duped by Basingstoke Town.

On the proviso that they were looking for new investment, the Southern Premier League side listed themselves on Ebay yesterday with bidding quickly reaching £65,000 in a matter of hours.

However, the listing was then pulled down, with the club today denying that they had anything to do with it and that it was simply “a misguided publicity stunt by a former director” – that ex-director presumably being Simon Hood, the man who took full credit for the ruse at the time.

In a statement issued via their official club website, Basingstoke explained thus:

There is no truth in the rumour that Basingstoke Town Football Club is up for sale on Ebay.

This was a misguided publicity stunt by a former director and fan who does not own the club and is not in a position to sell it. The listing has been removed.

It is true that the long standing Chairman of Basingstoke Town Football Club (BTFC), Rafi Razzak has announced that he will step down at the end of this season in May 2017.

The appointment of a new Chairman will be part of a strategic review, called ‘Plan B’, to determine the long-term future of the Club, which will also include a review of where it will play football in the future.

The club management are working hard behind the scenes looking at a number of options for the future of the Club.

We applaud the stunt as it has drawn attention to our Plan B, and anyone with a constructive input to Plan B should contact the club through the usual channels”

Bidding had reached over £65,000 before being taken down by eBay.

Colour us mortified. Is there nothing righteous and true left in this world?

Edit: Of course there bloody well is… 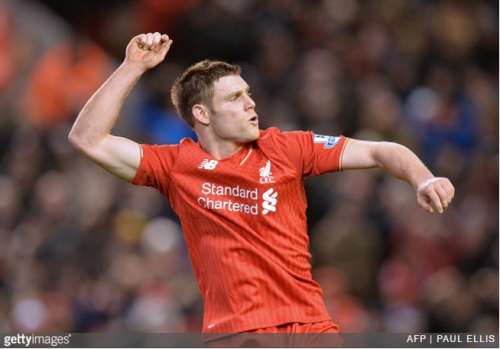