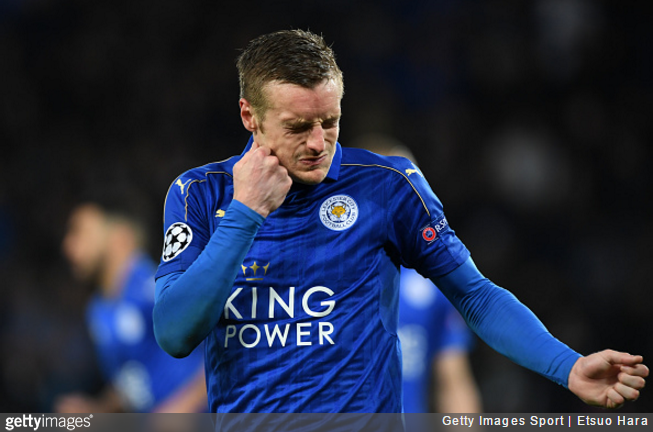 Leicester City manager Craig Shakespeare has revealed that not so very long ago he had to talk Jamie Vardy out of quitting football entirely.

After finishing as top goalscorer in the Conference Premier when Fleetwood won promotion into the Football League in 2011/12, the Foxes (then of the Championship) took a gamble on signing Vardy, though he initially struggled with the step up and managed a paltry five goals in 29 appearances over the course of 2012/13.

On the back of such a demoralising campaign, Vardy was seriously considering cutting his losses as a professional footballer and following his natural calling in life by becoming a party rep in Ibiza.

Speaking in a press conference ahead of Tuesday’s game with Sunderland, Shakespeare (who was assistant to Nigel Pearson at the time) recalled:

I remember the situation really well.

At that time Jamie would be the first to admit he was going through a rough patch and myself Nigel and Steve [Walsh] sat him down and told him about his attributes and that we thought he could go on.

We not only mentioned he was capable of playing in the Premier League, we said he also had the attributes to play for the national team.

Thankfully he didn’t go to Ibiza and it’s fair to say he made the right decision, considering how well he has done.

Our job is to support players. Sometimes they do have self-doubt.

Indeed, Vardy was at a low ebb during his first season at Leicester. Indeed, it wasn’t long ago that vice-chairman Aiyawatt Srivaddhanaprabha revealed his £1million striker was “boozing everyday” and even reporting for training while still drunk.

One Premier League title win and 16 England caps later, the Ibiza club rep industry’s loss has most definitely been the Foxes’ gain.

Just shows how fine the line can be sometimes.