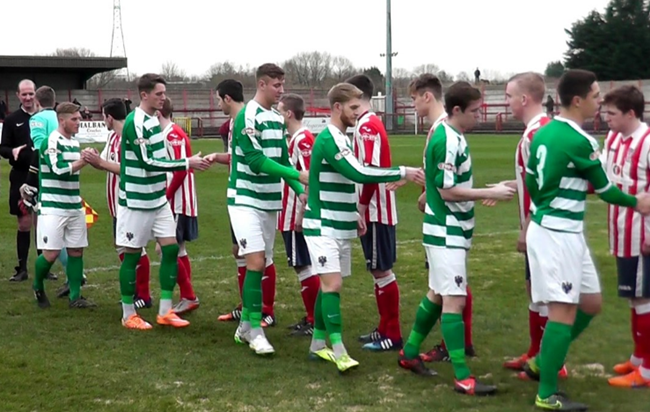 Northwich Victoria has successfully raised over £5,000’s worth of donations in the space of two days to help save the club brink of extinction.

The Cheshire club endured a fairly miserable season in 2016/17, finishing bottom of the Northern Premier League Division One South and being relegated down into the  North West Counties League (ninth tier) as a result.

They also spent the final few months of the campaign in administration due to hefty debts of £16,000, with the FA recently issuing a deadline of 5:30pm on Wednesday 14th June to either pay up or be relegated down a further division, thus effectively forcing the club to fold.

The Northwich Victoria Supporters’ Association, who are currently seeking to buy the club from owner Martin Rushe, managed to raise £11,000 off their own backs but that still left a £5,000 shortfall to make up with just 48 hours left.

In a last-gasp Hail Mary attempt to raise the final wedge of cash, the Supporters’ Association opened a Just Giving crowd-funding account and pleaded with fans to donate whatever they could to the cause.

Less that 24 hours later, the Vics had surpassed their target…

Northwich Victoria FC can confirm we have received over a staggering £5,000 worth of donations from friends from all over the world

On behalf of the club, I cannot thankyou all enough for the amazing support everyone has shown and we are overwhelmed and humbled by you all

The club has a proud history and hopefully in the near future we can welcome you all to come and see this new fan run club in action.

And so, Northwich Victoria go marching on into their 144th year of existence, and hopefully as a fan-owned enterprise before too long.

The aforementioned crowd-funding page is still active, so feel free to drop in and add some more cash to the emergency coffers if you feel the compulsion.