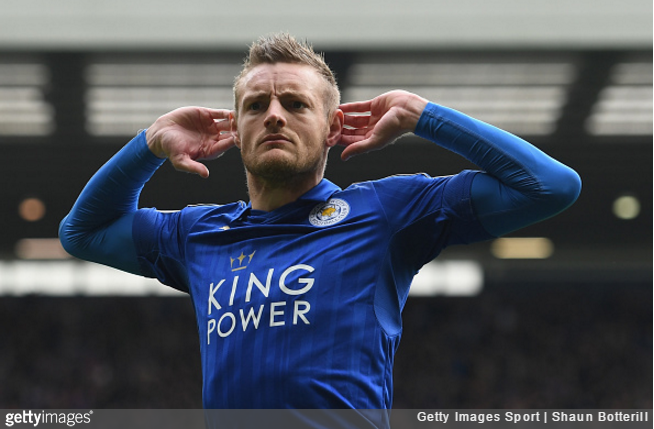 A 26-year-old factory worker from Leicester has become the first non-league player to earn himself a professional contract through Jamie Vardy’s new academy.

Vardy set up his V9 academy with the specific aim of providing a launch pad for promising non-league talent, just as he rose from earning £30-a-week at Stocksbridge Park Steels to lifting the Premier League trophy in the space of six meteoric and still scarcely believable years.

Indeed, Newton, who scored 34 goals for Tamworth FC in the National League North last season, has gone and earned himself a full-time professional deal with Stevenage in League Two.

Speaking to the Guardian, Vardy himself was full of praise for Newton, who is only a year older than Vardy was when he first turned pro in 2011:

When John Morris, my agent [and the V9 academy co-founder] told me that Danny had received an offer from Stevenage I was buzzing.

He was one of the first players that we recruited to the academy and he seems to have had a similar journey to myself.

The fundamental and rather noble goal of the V9 academy is to help unearth ‘league talent playing at non-league level’, with Newton representing the first fruit of their collective labour.

Here’s wishing him the very best at Stevenage next season.