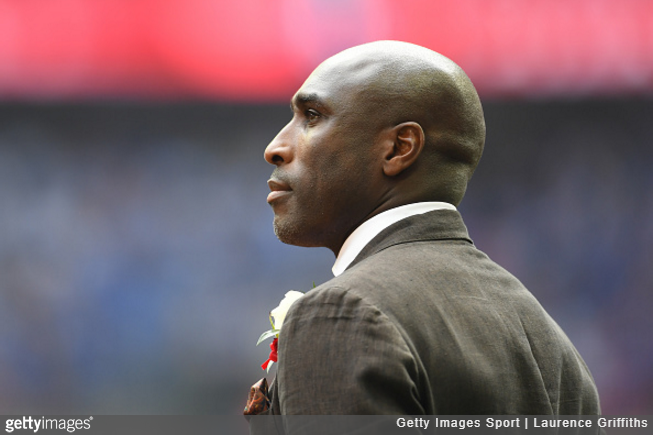 Sol Campbell has found it incredibly difficult to break into the world of management – a plight that has become so desperate that he’s using the national press to tout himself for jobs.

In a lengthy interview/covering letter in the Guardian today, Campbell has basically let it be known that he’s so eager to land a coaching role that he’s willing to work for free just to get his foot in the door.

He’s also conceded that he may have to go slumming down in the “gutter” of the non-league football before he finally lands that Premier League gig he seems to think he’s entitled to.

It’s proving difficult and if I have to start at the bottom, I will. People may think that I just want to manage in the Premier League but I’m prepared to go to a non-league club, and if they can’t pay me a salary just pay me a win bonus.

I’m up for that. I won’t be up for that four or five years down the line but definitely for the first year, as long as it’s a good club with ambition.

I’m itching to start, I just need a chance, even just an interview in which I can say: ‘Take me for free and I’ll show you what I can do.’

Campbell has previous stated that he believes English football’s “archaic” prejudice toward black players has prevented him from moving into management, even openly accusing the FA of being “institutionally racist” a few years back.

Since retiring five years ago he’s held but one coaching job, as a part-time assistant to the Trinidad & Tobago national side – a role that involves Campbell flying out a fortnight before matches to work on defensive drilling and generally “adding quality” (his words) to the pre-match preparations.

I’ve got to the stage where I don’t want to keep banging the same drum. I’m a doer and I just want to do it.

Call us naive, but perhaps using such derogatory language to describe non-league football isn’t the best way to go about pitching your services?

You have to believe that there are plenty of smaller clubs out there who would ostensibly benefit from the publicity of giving Campbell a go, so the issue may – just may – lie elsewhere.

Indeed, maybe the fact that he’s a deeply odd human being might also have a bearing on proceedings…

Would you hire that man as your manager? Personally, we’d give him a wide berth.