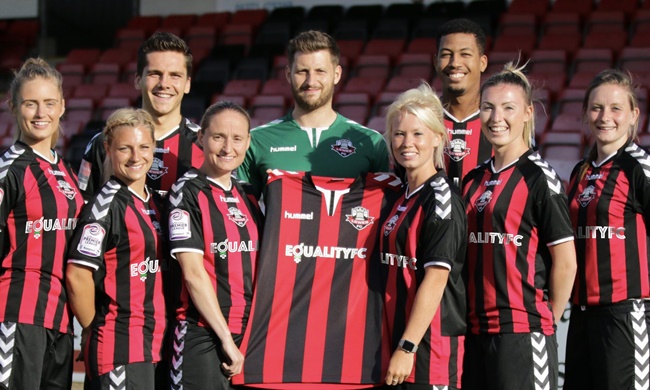 Non-League side Lewes FC have become the first football club in the world to offer equal pay to their men’s and women’s teams.

Lewes’ men’s side currently play in the Isthmian League Division One South, the eighth tier of the men’s pyramid, while the ladies compete in the Premier League Southern Division, which is the third tier of the women’s game.

However, as of the start of the new season, both teams will be afforded the same operating budget – as a statement issued on their club website duly confirms:

From the forthcoming 2017/18 season, Lewes FC will be the first pro or semi-pro club in the world to pay its women’s team the same as its men’s team – the same playing budget.

Gender pay inequality is still a big and stubborn problem, throughout the world and across all industries. And one industry that we suspect is not even thinking about the issue is football.

So Lewes Football Club is about to change that…

The semi-professional club from East Sussex, who are famous for their community-ownership structure and excellent matchday posters, have vowed to “spark change” as part of their ongoing Equality FC campaign.

Just imagine a football club paying its women and men players the same.

According to club director Jacquie Agnew, Lewes are ready to show the rest of the football that “equal pay can be implemented to the benefit of both women and men in sport and beyond.”

A noble goal if ever there were. Here’s wishing them the very best.