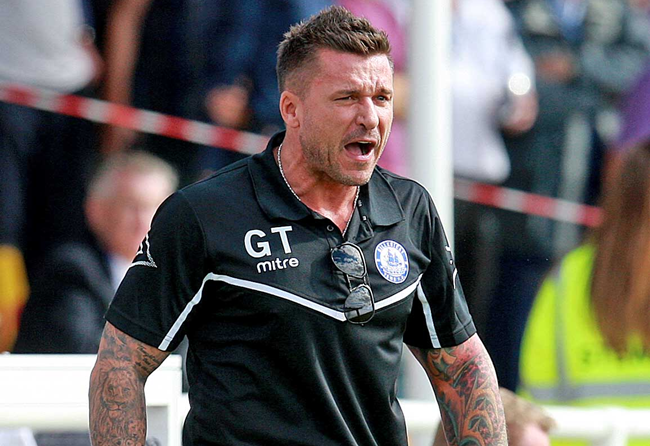 Love him or loathe him, Glenn Tamplin is pouring an awful lot of money into Billericay Town as he continues in his quest to spend his way up into the Football League.

As well as hiring a battalion of ex-Premier League players on exorbitant wages to play against blokes with 9-5 jobs, Tamplin is also in the process of completely redeveloping Billericay’s New Lodge stadium, far beyond the demands of a team who currently play in the Bostik Premier League (seventh tier).

Doing my speech for my kings of the jungle. My Lions done BTFC proud today 🦁🦁🦁🦁 pic.twitter.com/gc6bBc116s

As such, the overriding theme of Billericay’s new dressing room overhaul shouldn’t come as much of a surprise.

Indeed, Tamplin posted a photo of the team’s new inner sanctum on Twitter, roaring: “Billericay home changing room for all my LIONS… kings of the Jungle ….” 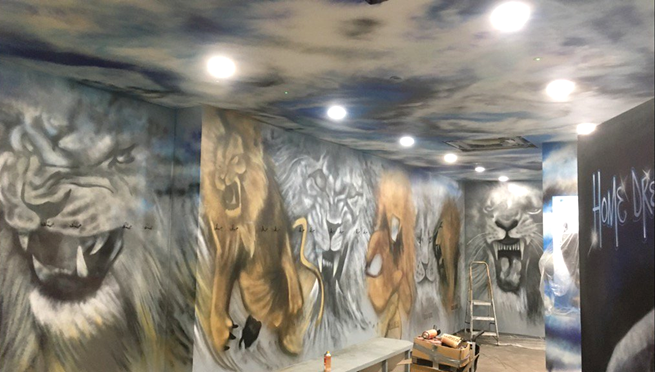 After receiving a flurry of criticism for the gaudy design from rival fans and clubs, Tamplin responded with typical subtlety:

Hundreds of changing rooms like the ones being posted to me
Mine’s a one off.
Crack on all you sheep, lions don’t lose sleep over sheep’s opinions

Of course, as well as his lions, Tamplin has also made room – a dedicated alcove, specifically – for a rather understated eagle statue… 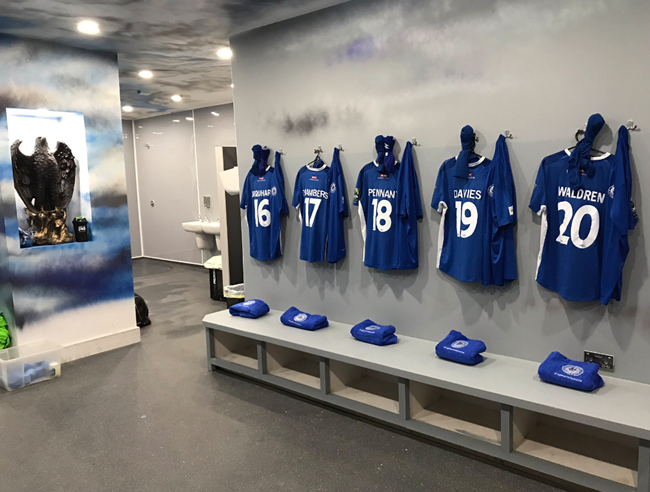 Of course, it should also come as absolutely no surprise to anybody that Tamplin’s own office door looks like this…

Somewhere out there, a gypsy funfair is missing its airbrush artist.