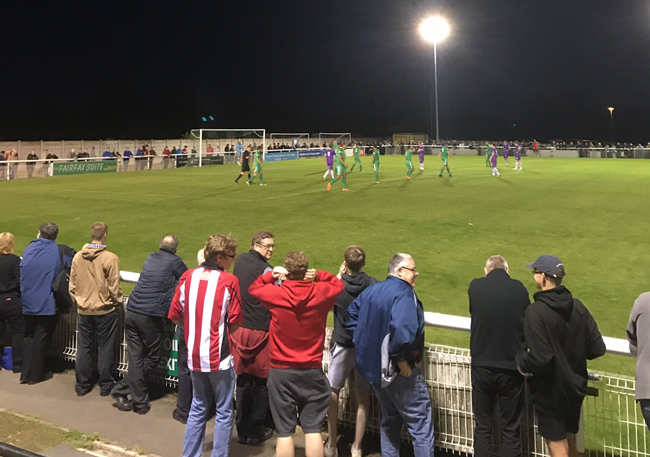 A tense and fraught affair at the best of times, it should come as little surprise to learn that play had to be postponed early in the first half after a disturbance in the terraces.

13′ Play stopped. Believe because eggs are being thrown onto the pitch from outside the ground? Bizarre.

Yep, they’re eggs. This is weird.

The referee was left with little choice but to suspend play for several minutes while the aerial bombardment continued.

Nantwich took a 1-0 lead shortly after play resumed, but Altrincham refused to crack and were eventually able to poach a late equaliser.