Non-league Wembley FC have admitted that they may go under due to an ongoing legal dispute with The FA of the use of the word ‘Wembley’ on the club’s badge.

The FA maintain that the inclusion of the word ‘Wembley’ on the ninth-tier side’s club crest could lead people to confuse them with Wembley Stadium, the 90,000-seater stadium used to house the England national team.

Wembley FC currently play in the Spartan South Midlands Football League and their stadium, Vale Farm, is a 2,000-capacity ground situated next to a leisure centre just two miles down the road. 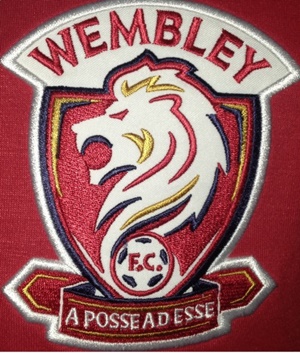 The club’s current ‘lion’ crest was registered and trademarked in Europe back in 2012, when Wembley FC enjoyed a rise in prominence thanks to a sponsorship deal signed with Budweiser which saw several ex-professionals (Paul Merson, Graeme Le Saux, Ray Parlour, Claudio Canniggia, etc) join them to play in the early rounds of the FA Cup – also sponsored by Budweiser at that point.

The FA appeared to have absolutely no issue with the non-leaguers using ‘Wembley’ on their badge at that point, though last year they decided to finally lodge a challenge with the European Union’s Intellectual Property Office (EUIPO) to invalidate Wembley FC’s rights – a move the FA claim is a “last resort” after the two parties failed to find an “amicable resolution”.

Our pals over at Two Hundred Percent have more information and back-story available if needed.

Anyway, the long and short of it is that Wembley FC chairman Brian Gumm has told BBC Radio London that, as a result of The FA legal action, his club are now circling the drain in financial terms.

We’d have to change our logo through the whole club and it would cost us an absolute fortune.

We’ve always been Wembley, and Wembley Stadium was called the Empire Stadium.

We’ve been living by the side of Wembley Stadium for 70 years and we’ve never had any confusion. I’ve never seen 10,000 people coming to our games if there is an England game on.

It got really nasty. I don’t know what I was doing wrong.

We can’t even afford to put in an appeal. It will bankrupt the club because we can’t afford to change all our signage and kit.

In short, the two entities have co-existed peacefully, without incident for decades, only for The FA to suddenly suffer an identity crisis and take it out on the vulnerable non-league club who can’t afford to defend themselves or bow to the bolshy decrees of their corporate overlords.

Nobody, repeat nobody, has ever – ever! – confused Wembley Stadium with Wembley FC to an extent that would even remotely infringe upon the former’s financial streams to any noticeable degree.

It’s petty, it’s destructive and, above all, it’s completely unnecessary.

Should you feel aggrieved enough at seeing non-league football taking another hit, this time from the very organisation supposed to be championing it, then there is a petition you can sign.