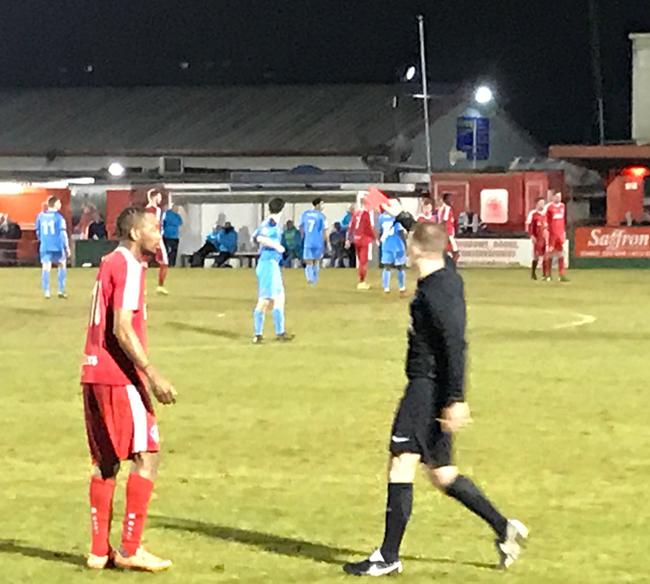 The referee initially booked Watt for kicking the ball away, though pandemonium duly ensued when the official attempted to ask the forward for his name.

Red card: Sanchez Watt is sent off, presumably for dissent.

And all of sudden the colour of the card changes to yellow. A rather bizarre incident all stemming from the decision to award Thurrock a goal kick despite a clear touch from a defender before the ball went out.

The confusion was then cleared up by Thurrock Councillor Jack Duffin, who was presumably in attendance supporting the away side…

Ref booked Sanchez Watt for kicking the ball away. Asked him 3 times what his name was, replied three times ‘What’. Booked him for dissent, then sent him off. Called the captain over who explained his name was actually Watt, then reversed the decision. Unbelievable scenes!

It transpired that the referee had shown Watt a second yellow card for dissent after mistakenly thinking that the 27-year-old was refusing to answer his question.

The official ran out of patience after being told ‘What?’ three times and dismissed Hemel’s striker for dissent,

It was at that point that the club’s captain Jordan Parkes quickly intervened to explain that Watt’s name is indeed ‘Watt’, thus leading to the red card being rescinded there and then.

The Tudors went on to register a 2-0 victory, with Watt getting his name on the scoresheet – though presumably that took an absolute age to get right, too.