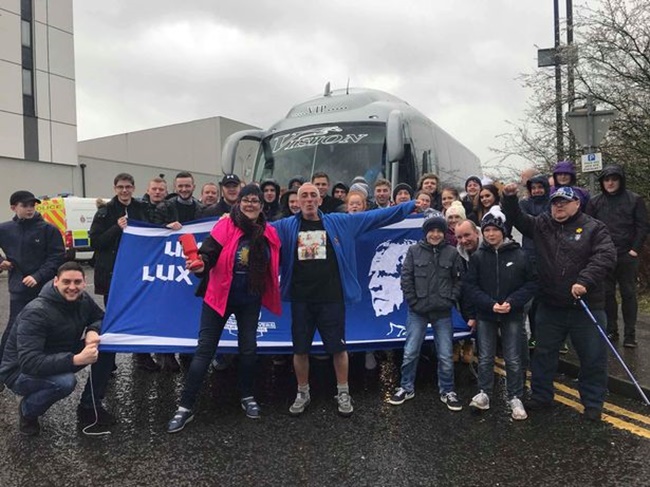 If you think the typically moist Bank Holiday weather ruined your weekend plans, then just go ahead a spare a thought for intrepid Tranmere fan Richie Hellon.

After setting off last Sunday, Richie spent six days walking 300-odd miles from Birkenhead to the far corner of England to watch his beloved side play Dover Athletic in the National League on Monday afternoon – only to find that the match had been called off.

Blisters be damned, the 53-year-old walked from 6am to midnight every single day to make it to the Crabble Athletic Ground in time for kick-off, only to see the fixture abandoned an hour beforehand due to torrential rain.

Speaking to the Liverpool Echo, Richie told of his disappointment:

As soon as I got to the football ground, I felt great, though, when I heard the news that the match had been called off I felt a bit down.

A postman by trade, Richie undertook the mammoth trek to raise money for the Spider-Edie appeal in aid of four-year-old Edie Molyneux, who is currently being treated for a brain tumour in Mexico.

Richie’s JustGiving page is here, should you wish to contribute to the honourable cause.