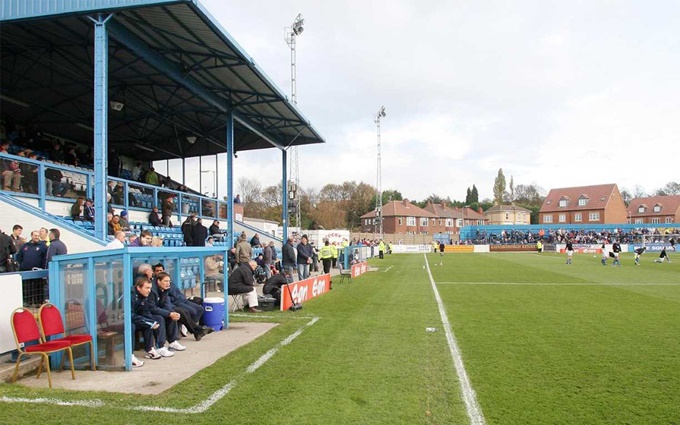 There were gloomy and historic scenes at Telford United’s New Bucks Head ground on Saturday when a home win saw visiting Gainsborough Trinity dumped out of the Vanarama National League North.

The result, which also served to keep Telford up, meant that Trinity tasted relegation for the very first time since the grand old club was founded in 1873, some 145 years ago.

FT: AFC Telford United 3, #Trinity 2. With that, we have officially been relegated from the Vanarama National League North.

What’s more, Trinity have never once been promoted in their 145 years of existence either – that’s very nearly a century  and a half of solid, unwavering status quo.

However, stat isn’t quite as spectacular, as non-league relegation and promotion didn’t exist for the vast majority of Trinity’s long history.

Indeed, the possibility of going up or down didn’t come into the equation until 1987, when the largely amateur and regional non-league morass was reformed into a proper pyramid system and the ‘Northern Premier League’ was founded.

Regardless, 31 years in the same division is still a fairly bloody impressive feat.