The Libertines have become the latest addition to the grand pantheon of bands and musical acts to have sponsored football clubs.

The clattering indie racket merchants have agreed to sponsor Margate FC for the 2018/19 Bostik Premier League season, and therefore will have their emblem displayed across the front of the non-league side’s home and away shirts for the duration. 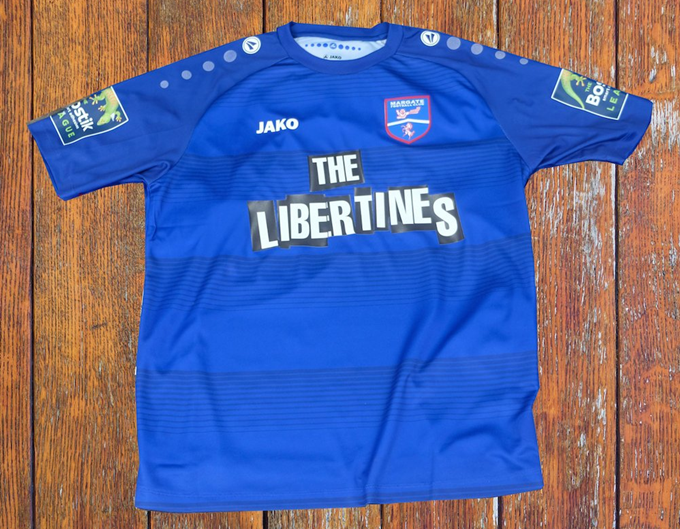 Margate are no stranger to musical endorsement, having previously seen their shirts emblazoned with the logo of UK ska veterans Bad Manners back in 1996.

The band had a link to the seaside town via their famously corpulent lead singer, Buster Bloodvessel, who, at the time, owned a hotel there which catered solely for overweight clientele.

When Bands Sponsor Football Teams: 15 Of The Finest Examples