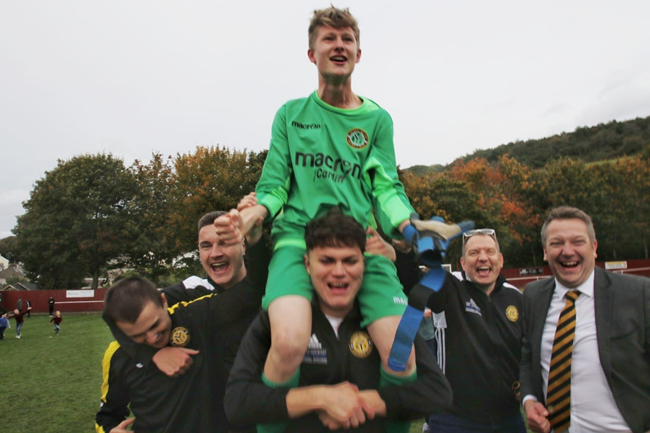 Roughly a fortnight ago, you might recall Pies featuring a story about Ynysddu Welfare FC, the Welsh amateur club who managed to get drawn into the first round of the FAW Youth Cup despite not actually having a youth team.

The administrative error forced Ynysddu to cobble together a makeshift youth side from scratch, with the club sending out a desperate plea across social media and in the local press for “unattached 16-18 year-old players” who fancied turning out for them.

The story quickly gained national and international traction, with the increased publicity helping Ynysddu on their way to forming an impromptu youth team as well as earning them both a new kit and an official affiliation with their local Gwent Football Association.

Sunday saw the auxiliary team actually take part in the aforementioned Youth Cup first-round tie against Briton Ferry and, guess what, they only went and won it!

These boys went and made history today. Proud of everyone one of them . The new @MacronCardiff kit looks 🔥🔥🔥 pic.twitter.com/RNsLWQEvdp

Ynysddu scrapped their way to a 2-2 draw at the end of the 90 minutes and then forced through the victory on penalties.

It was an unbelievable day. We’ve now got another chapter in this story which is brilliant.

I don’t think it’s quite sunk in what we have achieved but the overriding feeling is immense pride.

The players, supporters, coaches and committee did our club proud and it’s a day we will never forget.

Apparently droves of players from Wales, England and Northern Ireland got in touch to offer their services, with Ynysddu left “overwhelmed” by the response to their adverts. 25 players were then invited along to a training session last week, with the starting XI selected from there.

One amazing victory later and they’re all into the hat for the second round, the draw for which will now take place in November.